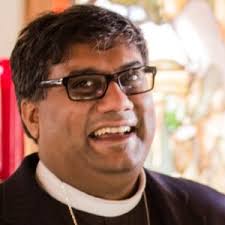 Editor: Per an email from Mr. Rehill, he is not affiliated with ACNA, and stating so is defamatory. We have corrected the error, but were unaware that stating someone belongs to ACNA reflects adversely on their reputation. But then, that is TEC at its finest — utterly defensive, too rarely interested in actually acting as though its members were Christians. That said, research into Mr. Rehill’s past reveals some interesting context.

Episcopal priest Amjad Samuel, rector of St. Paul’s Episcopal Church in Shelton CT, faces Title IV disciplinary proceedings after allegedly retaliating against persons who complained to the diocese of his behavior by forcing them, directly or through third parties, out of the parish. The matter is now before a Title IV hearing panel, which means that previous efforts to resolve the matter have been unsuccessful.

One or more persons connected with the situation have contacted Anglican Watch over the past year about this situation, but notice of the hearing panel is the first that we have heard of formal proceedings. Based on information received thus far, the staff of Anglican Watch believes the allegations to be accurate.

Samuel is represented by Michael Rehill, a canon lawyer and former diocesan chancellor.