Anglican Watch is an all-volunteer, non-profit publication. We accept no advertising or donations and thus are entirely independent.

We do not claim to be unbiased. While we strive to present information in a professional manner, our sympathies lie with those abused by the church. We believe that bringing light to the darkness is an essential aspect of the Christian faith.

We try to cover all aspects of abuse. Ours is a culture often obsessed with sex. The result is that, far too often, non-sexual abuse is discounted, brushed off, ignored and more. That tendency is reflected in the Episcopal Church’s safe church training program, which focuses almost exclusively on sex. This conveniently overlooks the fact that non-sexual abuse can be every bit as traumatic.

The same bias comes up in church clergy disciplinary cases. Mention sex and you’ll be taken very seriously indeed. Mention anything else and you’ll get a bored look, followed in short order by a letter telling you to buzz off. 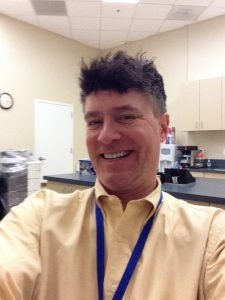 Eric Bonetti, our editor, lives in Boston MA and Northern Virginia. A life-long Episcopalian, he was one of the first to marry a same-sex partner in the Episcopal Church.

Bonetti founded Anglican Watch after asking the Episcopal Diocese of Virginia to mediate a dispute between him and his rector, Bob Malm, involving questionable HR, cash management, financial reporting, HR, and other governance practices. In addition, church staff and volunteers had repeatedly complained about workplace harassment.

The diocese brushed off the matter, and within hours Malm had sent an email telling Bonetti to find a new church.

Things went from bad to worse, and Malm directed staff to misuse donations Bonetti and his family made to the church.

Over time, things continued to deteriorate, and Malm began filing police reports and civil complaints falsely claiming that Bonetti was mentally ill, was threatening him, was a “domestic terrorist,” and more. At one point, Malm and his attorney even attempted to drag Bonetti’s mother, then dying of COPD, into court, in violation of the law.

Bonetti eventually left the Episcopal Church, sadder but wiser, with no plans to return.

Outside of the publication, Bonetti enjoys cycling, hiking, martial arts, running, and good food. He is an accomplished writer, with placements in the Huffington Post, the National Review, and numerous other traditional and new media outlets. He also looks forward to quiet evenings with his husband Mike, with whom he has been together for more than 25 very happy years. 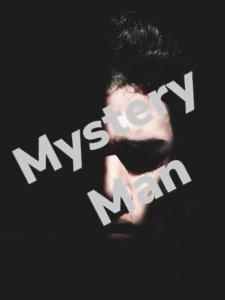 Martin is our Curmudgeon-in-Chief (CIC), otherwise known as moderator. A Harvard grad, he has a paying career in IT security. A life-long Episcopalian, he hangs out after work at the gym, or in front of the TV, ever ready to hit the “delete comment” button. As with the rest of our team, he is a big proponent of responsible free speech. But he has little patience for haters, bullies, or jerks, and even less so on Friday afternoons.

Outside of work, Martin does nothing. Absolutely nothing. And yes guys, he is single. But no, you can’t have his photo.

While they work behind the scenes, Anglican Watch would not exist without the generous support of several additional persons. These individuals provide copywriting, editing, strategic planning, friendship and more. While they choose to remain anonymous, we are deeply grateful for their efforts.

We also are deeply grateful for a grant, earlier this year, for state-of-the-art website security services.