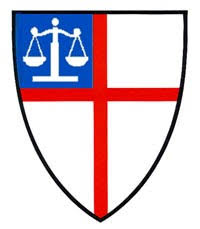 Michael Rehill, an attorney who served as chancellor to the Episcopal dioceses of Newark and Pennsylvania, and to Province II, faced attorney discipline in 2020 for repeatedly borrowing money from clients in violation of RPC 1.8(a) (improper business transaction with a client). The complainants asserted that Rehill failed to repay the loans.

In his disciplinary pleadings, Rehill cited his service in the Marine Corps and his service to the Episcopal Church, as well as ongoing financial problems. He also claimed that a lien exists on his personal residence and thus adequately secures the lenders.

Rehill has been a controversial figure in the Episcopal Church, including for his comments criticizing recent changes to Title IV, the disciplinary canons. Additionally, a direct email to Episcopal clergy offering prepaid Title IV legal services attracted adverse attention, as did his use of the Episcopal shield, trademarks, and other intellectual property for the promotion of his law firm.