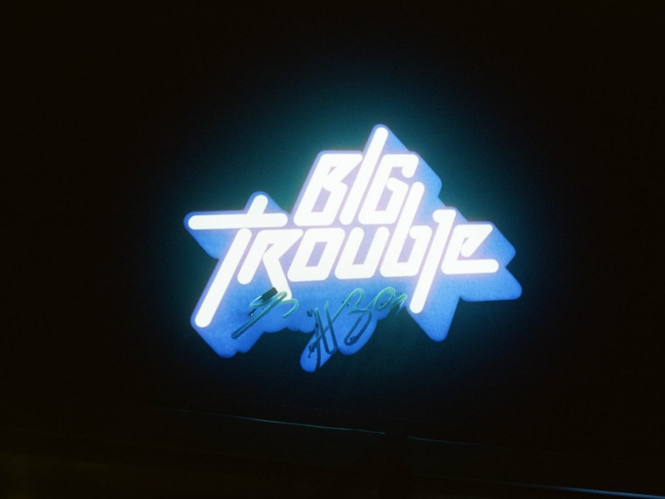 It’s no secret that Anglican Watch tends to focus on the Episcopal Diocese of Virginia (DioVa). But it’s not because our editor lives in the diocese. Nor is it because of his negative experiences with the diocese.

Instead, it’s because the sheer size of the diocese makes it a bellwether for the larger denomination and, in the words of banking regulators, “too big to fail.” And what we are seeing as bishop-elect Mark Stevenson tees up to for his December consecration suggests big trouble ahead for an already deeply unhealthy diocese.

For starters, his consecration is being held at a Baptist church that does not marry same-sex couples. For members of the LGBTQ community, this invokes the hot mess that hit when the Rev. Max Lucado was invited to preach at the National Cathedral.

Why? Because Lucado opposes same-sex marriage and has made hurtful comments in the past.

But Lucado’s dismal views on same-sex marriage weren’t the biggest or the most painful issue.

The biggest problem was how criticism of the decision to invite Max Lucado was handled by Cathedral Dean Randy Hollerith, known in some circles as “King Randy” for his sometimes monarchical approach to issues.

In true Episcopal fashion, Hollerith stuck close to the Episcopal playbook when it came to addressing the uproar over the invite to Lucado:

Predictably enough, Hollerith now wants the LGBTQ community to see him as an ally, even as he says he didn’t understand the optics of preaching hate. But who wants an ally who is both that clueless and that stubborn? Indeed, if he doesn’t understand the symbolism of the National Cathedral, he probably shouldn’t be in charge. Just saying.

Flash forward, and Stevenson now has his pedal to the metal as he barrels along Hollerith Avenue towards his consecration.

To be fair, the baptist church he chose to host the event doesn’t openly condemn same-sex marriage; instead, it pulls the now-popular evangelical stunt of pointed silence. But the fact is same-sex couples can’t get married at the church.

Doubt it? Consider this: Would Stevenson choose a church that didn’t perform interracial marriages? Of course not. It would be a non-starter and not even the topic of further conversation.

But when it comes to a church that’s unwilling to marry same-sex couples, it’s all good. Even worse, Stevenson is headed down that path at a time when many, this publication included, believe that same-sex marriage is in peril. In other words, the move is flat-footed and insensitive in so many ways. (If the Supreme Court does undercut same-sex marriage, you can better your bottom dollar Stevenson will publicly lament it, all while saying he didn’t think the Court would really do it. But he won’t see any connection with his consecration or his conduct.)

Even worse is Stevenson’s response, or lack thereof, which looks like it came straight ouf of that first-year class we suspect is offered at Episcopal seminaries, “How to be a Mini-Monarch in Your Own Parish.”

That’s problematic, because it tells us Stevenson is cut from exactly the same cloth as Hollerith: Clueless. 800 thread count luxury weave. Bound in our special luxury edging of arrogance.

And the bit about blocking folks on Facebook means, even though he’s not yet bishop, Stevenson’s already deciding who’s on the outs. Jesus welcomed the adulterer, the prostitute, the tax collector and the outcast. Stevenson can’t even welcome a critic.

Of course, part and parcel is deploying labels that dehumanize those to whom Stevenson doesn’t want to listen. You know the drill: “Our critics are disgruntled.” “They’re ‘unbalanced.’” “They have an axe to grind.” “They’re harassing us.”

Anything but, “They may have a point.”

And while we haven’t heard those labels yet, they’re coming. Just wait. It’s all part of the Episcopal Way.

And it’s that closed system, that echo chamber, impervious to feedback, that has led to the disastrous situations facing the diocese. These include refusing to address illegal behavior by clergy, ignoring adulterous clergy, violating church canons, and more.

Nor have we heard anything about Stevenson’s vision for the future. Yes, he recently announced that he’s pulling in a new canon to the ordinary. But we’ve heard nothing about cleaning up the myriad messes in the diocese.

Nor have we heard anything about:

And heaven forfend, no sign that he’s going to sit down with critics, hear what they have to say, and consider the possibility that they might be right. Maybe. Just maybe.

So What Would it Take to Succeed?

All of this touches on the larger question, “So what would success look like?”

First, Stevenson needs to find a new place for his consecration. The Black History Museum in Richmond. Facilities at the University of Richmond. The Richmond Museum of History and Culture. The Greater Richmond Convention Center. His choice should be a place that fully supports Episcopal values, not just some. And it’s stupid to start off on the wrong foot, not to mention giving money to an organization that opposes marriage equality.

Second, Stevenson needs to quit blocking folks on social media. Just because he doesn’t like something doesn’t make it wrong. Nor can he rely on Susan Goff, the standing committee, or the other chuckleheads in the Mayo House Honor Guard to give him good advice. After all, these are the folks who got the diocese into its current mess in the first place. Meanwhile, Stevenson can at least pretend to be like Jesus and welcome the tax collectors into his presence. After all, Stevenson himself says, “I’m willing to stand in those hard and difficult places myself.” So, time to put his money where his mouth is and walk the talk.

Third, Stevenson needs to take his own advice and start being a pastor, including to those hurt by the church. It isn’t enough to say, “Well, the damage is done and I’m moving on.” There are high levels of alienation in the diocese, and along its margins, and hitting the block button isn’t going to help matters. Loving people involves hearing them, meeting them where the are, and walking with them. That’s particularly the case when, as with Stevenson, he started out conservative, opposed to the ordination of women and LGBT persons and more. Yes, one’s views may change over time, but only if one is willing to listen. And given his early conservative creds, some of us are not entirely convinced that Stevenson is the progressive he claims to be.

Fourth, Stevenson needs to act. Even Susan Goff can hold listening sessions and talk about how the slate of candidates for bishop was problematic. But talk is cheap and the diocese needs action and results. In other words, enough with the studies, the listening sessions, and the other empty, transactional solutions. The diocese needs to act, while there’s still a diocese in which to act.

Fifth, Stevenson can’t go it alone. Just as it was a mistake for Tsar Nicholas to take command of the Russian military at a time where it was imploding and thereby take personal responsibility for a mess not of his making, so too does Stevenson need professionals to take the lead on cultural change. Our recommendation is that he bring in the Lombard Mennonite Peace Center and do it early. Not just to address issues in Mayo House, but also to address problems in the larger diocese. It took DioVA years to become the mess it is, and it’s going to take years to fix it. So the time to start is now.

Sixth, Stevenson should lean into conflict and learn from it. He could start by reaching out to persons hurt by some of the major conflicts in the diocese (the Rev. Tom Simmons adultery scandal, for starters) and asking them how they view the diocese and its conduct. He can also ask what it would take to heal the situation. These will be uncomfortable conversations, and there will be folks at Mayo House who urge Stevenson “not to get too involved.” (Yes, that would be chancellor J.P. Causey.) But if Stevenson actually has the courage and integrity to do so, he would find that, far too often, things look very different from the vantage of first-hand conversation, versus the cliquish insider gossip of Mayo House.

Seventh, Stevenson needs to assume that there is no situation so bad that it can’t be made better. Yes, there are quite a few people who have left the denomination in recent years for various reasons, including conflict. And in many cases, they won’t ever be returning. But even in those cases, people deserve to be cared for, to know that they are welcome to return, and to see sincere effort on the part of the diocese to improve.

Eighth, Stevenson needs a theologically sound model of reconciliation.  Far too often, DioVa goes for cheap grace, in which all you do is say, “I’m sorry.” The other person then is supposed to forgive the offender, the clouds open up, cherubs fly about, heavenly violins play and Chardonnay pours down—even as the offender goes right back to their original sinful conduct. But real Christian reconciliation is predicated on accepting responsibility, repentance, restitution, and genuine concern for the person hurt. In other words, Stevenson needs to consciously abandon the bad practices of the past.

Ninth, Stevenson needs to insist on written policies, urgency and accountability. All three were issues identified in the Heather Cook DUI debacle as contributing to the problem. Moreover, these issues have been around for years and DioVA is among the worst offenders. Consider: It took years for the diocese to update its alcohol policy following the Cook situation. And it still hasn’t adopted the model safe church policies adopted in 2018, despite the fact that diocesan chancellor J.P. Causey is a delegate to General Convention, and adoption is required by church canon. Four years is long enough—time to get with the program.

Tenth, Stevenson needs good comms people. Yes, there are lots of things he needs, including better accounting, a new chancellor, new diocesan headquarters, and more. But the key to evangelism is meeting people where they are, and young people are on social media. They’re on Twitter, they’re on TikTok, Snapchat and more. This notion of tweeting a couple of times a year, maintaining a fusty old website, and press releases that are content-free isn’t going to cut it. The diocese needs photos, it needs online conversation, it needs engagement. And so far we see zero sign that Stevenson gets it.

Eleventh, Stevenson is always welcome to call or drop us a line. There are plenty of critics to go around, and if he runs low, Anglican Watch can point him in the right direction. But he’d do well to keep in mind that while it’s easy to invite friends and admirers into being beloved community, it’s far harder to invite your critics. Yet if it were not for critics, the Episcopal Church would still be using slaves to build its churches. And it’s worth remembering that the opposite of love isn’t criticism; it’s indifference. Meanwhile, inviting your critics to conversation can be transformational, but we doubt Stevenson or the diocese have the courage to have that conversation. That said, we’re okay with being proved wrong.

Will Stevenson succeed? We’re not sure.

But so far, color us underwhelmed.