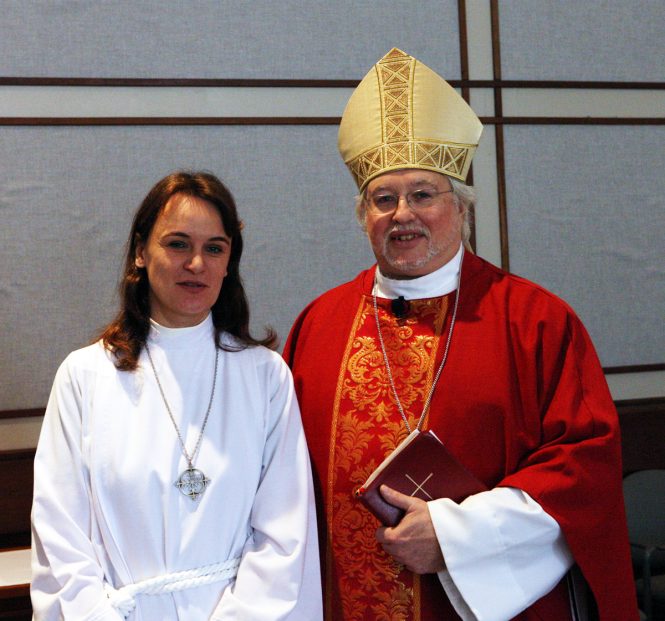 Full disclosure: Anglican Watch editor Eric Bonetti is a former member of Grace Episcopal and has written extensively about his negative experiences with the parish. He presently is in litigation against former rector Bob Malm.

Anglican Watch has learned that the Rev. Fanny Belanger, former associate rector at Grace Episcopal Church in Alexandria Va., abruptly resigned from the position after allegedly complaining about spiritual and emotional abuse on the part of then-rector Bob Malm.

Belanger alleges that she contacted both the parish vestry about her experiences and the diocese, only to be ignored. She has stated that her time with Grace Church was traumatic for her.

Following her resignation, Belanger served a church in Maryland. She then stayed briefly at rector of a church in Northern Va., before abruptly resigning on Christmas Eve.

Belanger is the first French female priest to be ordained in the Episcopal Church.

Neither Grace Episcopal Church nor Belanger were available to answer additional questions about the matter.