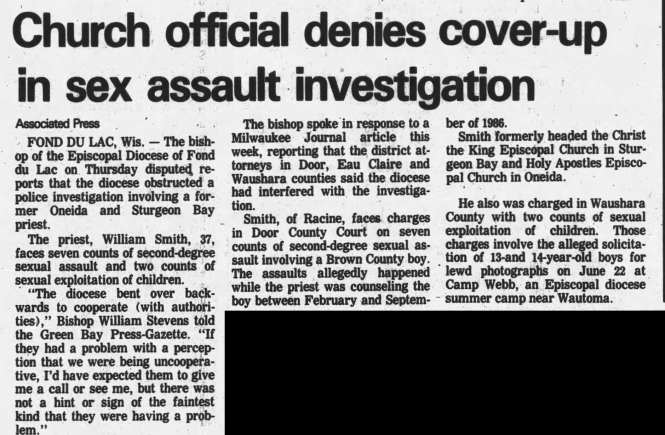 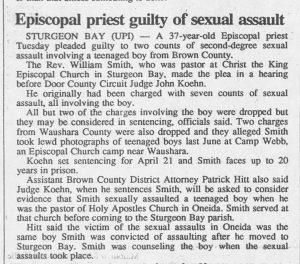 There’s something about these Anglo-Catholics. Or maybe they are just the ones who get caught?

Haha. Yes, I attended Grace Episcopal in Alexandria VA, as well as an Anglo-Catholic church I liked very much in Washington DC. Given my experiences at Grace Church, and the utter corruption I experienced with the Episcopal Diocese of Virginia, no thanks. I’d rather hang out with a bunch of snake-handlers.

As ++Curry puts it, “If it isn’t about love, it isn’t about Jesus.” And other than a whole bit of love-babble from the pulpit, I have seen no sign of it in DioVA. None.