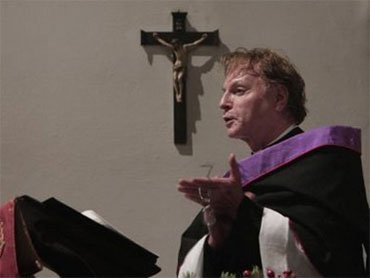 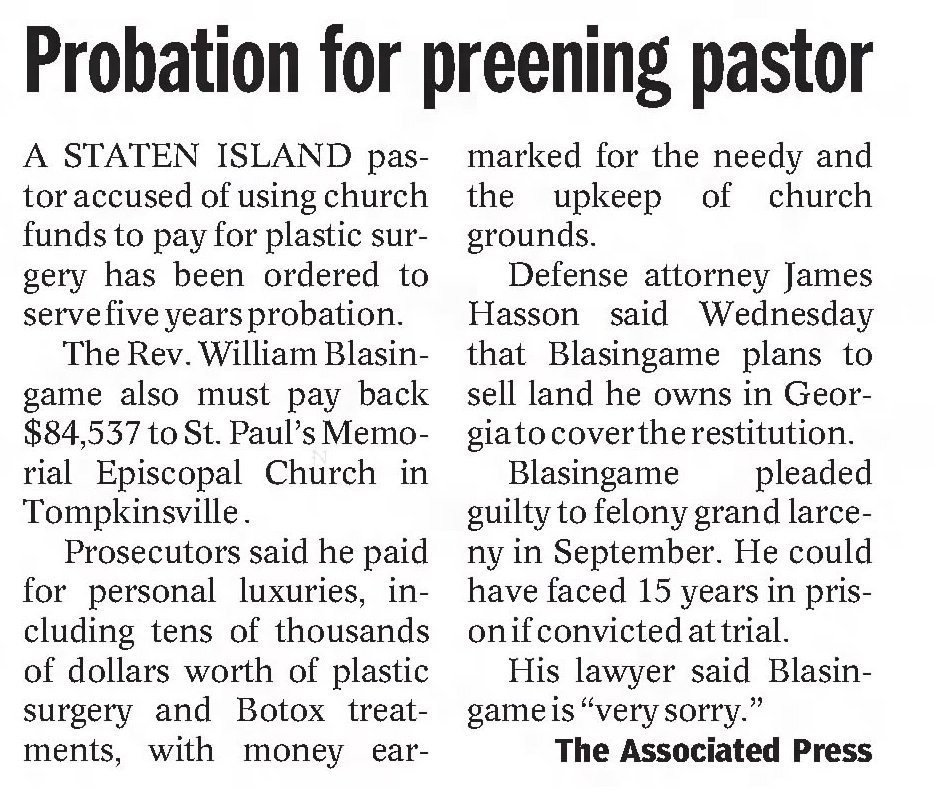 General Seminary graduate Episcopal priest William A. Fitzgerald Blasingame was ordained to the priesthood in 1973 by Bishop Paul Moore of the Episcopal Diocese of New York. He is a member of the conservative Anglo-Catholic organizations Confraternity of the Blessed Sacrament, and Catholic Clerical Union. Blasingame was rector of St. Paul’s Memorial Episcopal Church, Stapleton, Staten Island from 1976 to 2009. He was also a member of the New York Diocese Evangelism Committee, Ecumenical Committee, Joint Budget Committee, and Committee on the Incorporation of Parishes and Missions. Blasingame pleaded guilty in September, 2009 to felony grand larceny of $84,537 from St. Paul’s Church accounts earmarked for the needy and grounds upkeep. The money was spent over three years on plastic surgery, Botox treatments, unspecified “drugs,” and membership at the prestigious Palm Beach Yacht Club and National Arts Club. After Blasingame’s removal from the parsonage, St. Paul’s senior warden said, “We had to have five 40-yard Dumpsters to take out the debris. Animal feces, liquor bottles, you name it. I can’t even describe the horror scene,” he said.