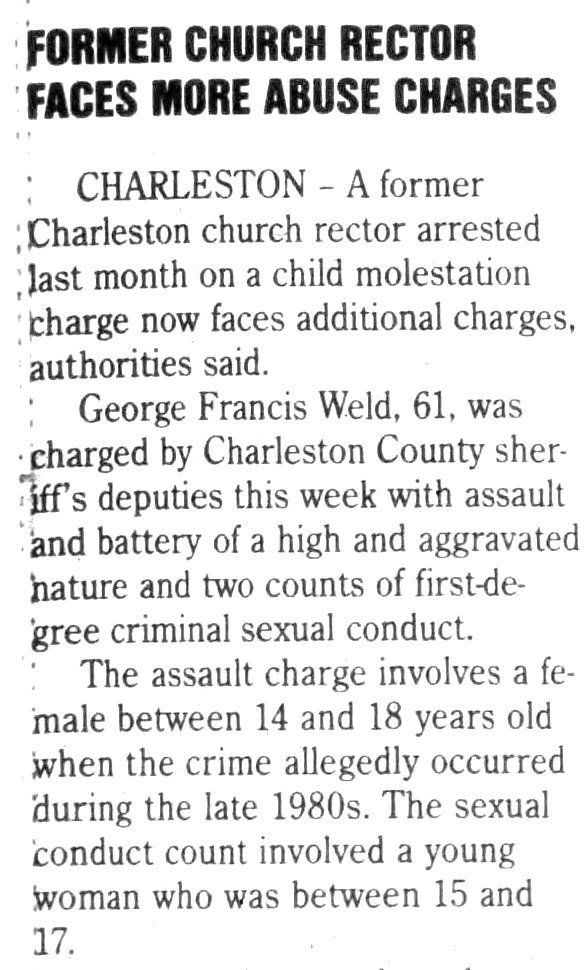 Episcopal priest George Francis Weld II was arrested in September 2007 for for child molestation of a nine year old boy and charged in October 2007 with sexually assaulting a woman between the ages of 15 and 17. Weld attended Virginia Seminary and was ordained to the priesthood in 1977. He is a conservative Evangelical Anglican Fellowship member with four children. On June 25, 2013 Weld was among the Episcopal Diocese of South Carolina clergy placed on canonical restriction for abandoning the communion of The Episcopal Church by joining the Anglican Church of North America.