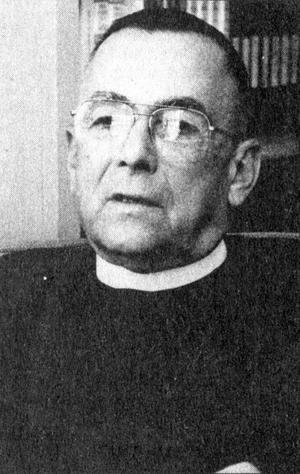 In 2011 five adult men contacted the Episcopal Diocese of Missouri about child sexual abuse by Episcopal priest Joseph Carlo of Christ Episcopal Church, Rolla, Missouri. Carlo admitted to the allegations when he was confronted by the diocese and was deposed by Bishop Wayne Smith on March 13, 2012. “I have primary pastoral responsibilities to the survivors of the abuse perpetrated by a now deposed priest of this Diocese,” Smith said.

The diocese offered all of the victims a trip to visit Carlo, “if they believe it may aid in the healing process.” The church’s investigation initially focused on interviews with the reported victims who say they were between the ages of 10 and 18 when the abuse took place. The Rolla Police Department opened an investigation into the incidents but determined that the statute of limitations on the abuse had expired.
Carlo attended American Baptist Seminary of the West and was Rector of Christ Church, Rolla from 1960 to 1990.
https://geoconger.wordpress.com/2012/03/14/missouri-priest-deposed-for-abuse-anglican-ink-march-13-2012/