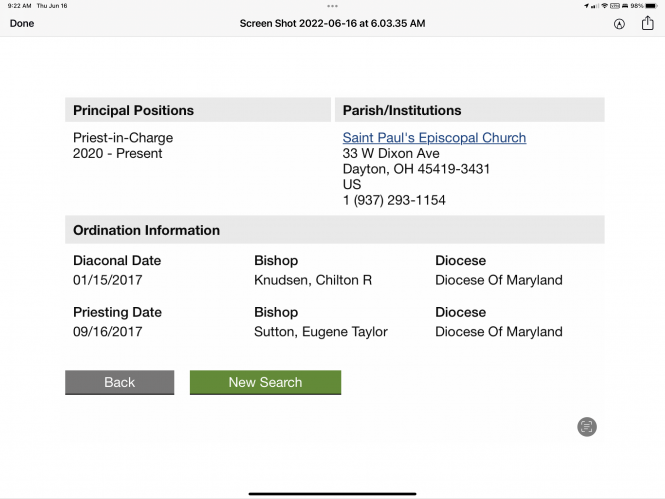 Episcopal Church General Seminary professor and priest Daniel McClain of St. Paul’s Episcopal Church in Oakwood, Ohio has been placed on paid administrative leave pending an investigation by the Episcopal Diocese of Southern Ohio after a complaint from his wife included allegations of domestic abuse, according to the diocese.

The diocese’s provisional Bishop George Wayne Smith received a formal disciplinary complaint against McClain on May 9, 2022. McClain was then placed on administrative leave, and the congregation notified on May 11, 2022 said John Johanssen, Canon to the Ordinary of the Diocese of Southern Ohio.
“With such a serious complaint, it is the usual practice for a bishop in our church to ensure due process for anyone so charged and to safeguard all the parties affected,” Smith wrote to congregants.
McClain has been “directed that he not engage in ministry” and must not have contact with the congregation, Smith said, pending resolution of the case. McClain also has a court-issued restraining order for his spouse, according to the diocese’s letter.
General Seminary has made no statement about the matter.
https://www.gts.edu/who-we-are
https://www.daytondailynews.com/local/oakwood-priest-on-leave-after-allegations-of-domestic-violence/EPYWGTECBVGQ7JTPGW3Z7DZ6YY/