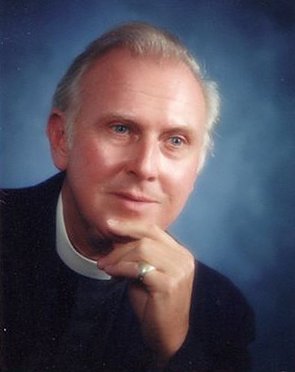 Episcopal priest Paul Wancura died from injuries sustained in a home invasion in Shelter Island, New York, in 2018. Wancura was a General Seminary graduate who served at Caroline Episcopal Church of Brookhaven in Setauket, Long Island, in the Episcopal Diocese of Long Island from 1974 to 2000.

The complaint states that in 1975 when Crispin was five years old, he moved to Setauket with his mother and sister and joined Caroline Church. When he was seven, Crispin’s mother was hit by a truck and unable to attend church until he was nine years old, the complaint said.

According to the complaint, “The Reverend used his position of power and control within the Episcopal Church to sexually abuse” Crispin on a regular and ongoing basis for a period of about seven years, beginning around 1978, when he was eight years old, and ending in or about 1985, when he was then 15 years old. Crispin was baptized and confirmed and then immediately ceased attending Caroline Church, never to return, the complaint said.

The complaint alleges that the abuse took place on the grounds of Caroline Church when Wancura would grab Crispin and engage in a sexual act while at the same time saying he was a “good boy” and “praying for the forgiveness of. . .his sins,” breathing heavily and quickly and sweating profusely — and threatening Crispin with “dangerous consequences” if he spoke up.

The complaint also states that Wancura performed those acts in front of others at the church.