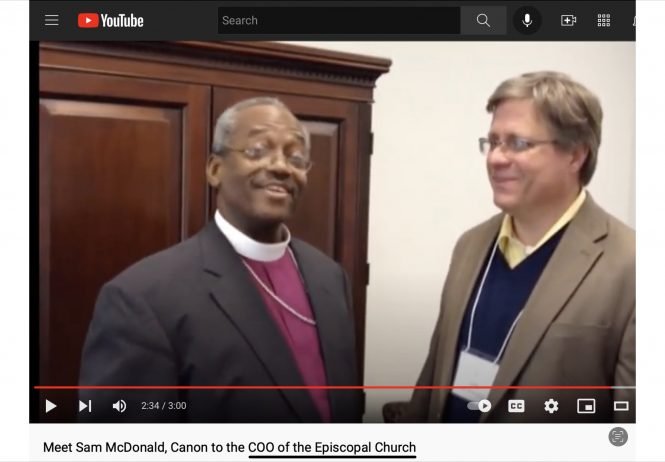 I know several of the persons referenced in this article and wish to offer a nuanced response.

Saul and McDonald are two truly ugly human beings. Not physically, but in their souls. No excuse for their behavior. Nor does it take a rocket scientist to realize both were profoundly unsuited for their positions.

On the other hand, their behavior was only possible in a dysfunctional system. Far too many persons in the list of nicknames were and are enablers who turned a blind eye to misconduct. Right up until it bit them on the backside.

Now, these same folks want to sweep the whole thing under the rug, or tell their story without telling anyone else’s story. All about me and not about thee.

Meanwhile, they act like they are bigwigs, because they worked in the PB’s office in a tiny, dying denomination with delusions of grandeur.

It’s this organizational narcissism and sweeping trash under the rug that lets folks like Sauls and McDonald get into positions of power. Any healthy system would have kicked them to the curb years ago.

Curry talks about a revolution if the church is going to survive. But there are no signs of anything of the sort.

Time to walk the talk.

Hey Stinkbomb. Thanks for your comments. As always, spot on.

I won’t go into specifics, but the responses we have gotten from folks at 815 invariably fall under the umbrella “part of the problem.” There’s also a profound lack of introspection at every level.

Have a good weekend.

Amen Stinkbomb!!! You preach it. You articulated so well my own thoughts.

Thanks. TEC turns “resist injustice and oppression” to “bury my head in the sand.”

The denomination is its own worst enemy.