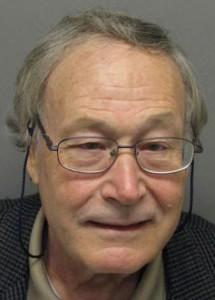 Episcopal organist Robert Tate, described by The New York Times as “a mentor to thousands of children,” was music director from 1972 to 2006 at the prestigious Christ Episcopal Church in Greenwich, Connecticut, the largest parish in Connecticut and the family church of both Bush presidents. In October 2006, assistant organist Geoffrey Silver discovered child pornography on the office computer network, which was accessed by individuals through a login system on separate terminals, meaning that many computers on site were used to view and save the material. “It’s hard to tell whose computer was whose,” said an FBI official with the investigation to the New York Times on October 25, 2006. Christ Church rector the Rev. Jeffrey Walker gave Tate’s laptop to parish attorney Philip Russell with instructions to destroy it. Russell pulverized the hard drive.

In the ensuing FBI investigation, Tate was discovered to have traveled extensively to Costa Rica, Thailand, and the Philippines for sex tourism with minors, to have brought child prostitutes from New York City to his apartment on the Christ Church premises, to have large amounts of additional child pornography in his apartment and automobile, and to have employed at least three convicted sex offenders in the parish music program over 30 years. Tate’s legal expenses were covered by Christ Church parishioners and choir parents, several of whom argued for leniency during his court proceedings. District Judge Alan Nevas told the court he had “never seen such an extensive history of child abuse as exhibited by Mr. Tate. It turns your stomach.” He was sentenced to five and a half years of incarceration in 2008 in return for agreeing to provide evidence against the Christ Church attorney. In February 2008, Tate was revealed to have failed to tell authorities when a Christ Church choirboy was raped by one of his music department employees. “We now know that the former assistant organist was a serial child predator who sexually abused children wherever he went,” prosecutors wrote. In mid 2008, the parish’s Education for Ministry group proposed commissioning a bronze plaque in thanksgiving for Tate’s 34-year ministry, but this did not take place.
Parish attorney Philip Russell was sentenced in 2007 to one year of probation, community service, and a fine of $25,000.
The Rev. Jeffrey Walker resigned voluntarily and returned after a celebration of ministry reception to the Episcopal Diocese of Texas where he was ordained in 1976. According to the 2022 Episcopal Clerical Directory, Walker remains canonically resident in the Episcopal Diocese of Connecticut and has served several churches in Texas since 2007.
Because Tate was a lay church employee, there was no venue for church discipline on any counts. He was released from prison in late 2012 and moved to New Canaan, Connecticut with further assistance from Christ Church parishioners. New Canaan School superintendent Mark Kolek notified parents that she would take steps to ensure that Tate had no contact with minors while living there in retirement.
https://www.nytimes.com/2006/10/25/nyregion/us-investigates-church-music-director.html
https://www.nytimes.com/2008/02/20/nyregion/20molest.html
https://www.bishop-accountability.org/news2007/11_12/2007_12_21_Semmes_RussellConfined.htm
https://www.chron.com/life/health/article/Homecoming-for-Rev-Walker-at-St-Mark-s-Holy-9338840.php
https://www.tremontsheldon.com/blog/2012/09/former-music-director-at-christ-church-greenwich-connecticut-released-from-federal-prison-following-child-pornography-conviction/

Edit: Prayers for the children whose lives were destroyed by this monster.

With a guy like this there are leads to what looks like a lot more cases. Convicted sex offenders (multiple?)) serving in the parish children’s choir? Anybody know more? What did the Diocese of Connecticut do about this, or didn’t it matter bcos it was a lay person?

If Robin Hammeal-Urban, their Canon for Mission Integrity for many years, was involved, I am confident that they were thorough and caring. She seems to be one of the very few who cares about doing clergy discipline right and following the canons.