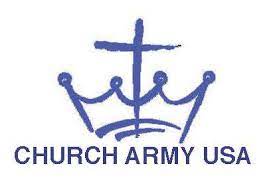 Captain Charles W. Mitzenius was instituted as national director of the Church Army Institute by Presiding Bishop John Maury Allin in June 1980. (Members of the Church Army are commissioned for their work exclusively by the Presiding Bishop, although permission of the bishop of jurisdiction is required before they undertake independent missionary work. The Church Army is active in Africa, Australia, Canada, Denmark, England, Sweden, and the United States.) In February 1995 he was arrested for sexually assaulting a 12 year old boy when social services raised questions about a 15 year old he was attempting to adopt. In 1998, he was convicted of charges that eventually included three minors and a 26 year-old church employee. For first-degree aggravated sexual assault, he was sentenced to sixteen years imprisonment with a five-year period of parole ineligibility. On second-degree sexual assault, he was sentenced to eight years with a three-year period of parole ineligibility to run consecutively to the sentence imposed on the first count. On August 31, 2005 Mitzenius appealed for post-conviction relief. This was denied on March 18, 2009. Mitzenius further appealed two decisions of the New Jersey Department of Corrections in 2010. This appeal was denied on May 23, 2012 because Mitzenius refused to comply with mandatory sex offender treatment. As of 2022, his convictions for aggravated sexual assault, sexual assault, aggravated criminal sexual contact, endangering the welfare of a child and two counts of criminal sexual contact are still in force. Because Church Army captains are not ordained, Mitzenius was not subjected to any discipline by the Episcopal Church.

The Church Army website would seem to indicate that they are part of the Anglican Church in North America now.

Why am I not surprised? Although, as badly as they handle abuse, they do a better job than TEC. Which isn’t saying much.

Nice to see he is still in business https://www.linkedin.com/in/fr-charles-mitzenius-420568113/