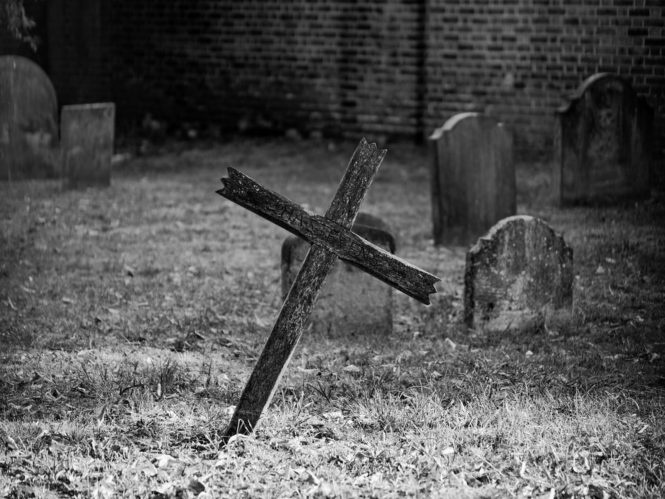 The past 18 months have been rough, but for the Episcopal Church, things are about to get worse. Specifically, the results of the annual parochial reports are about to come out, and they won’t be pretty. And that’s not the worst of it—folks who left the church during the pandemic by and large won’t be back. Nor is the church willing to face facts.

In other words, the Episcopal Church is no longer just declining. It’s dying.

Understanding the long-term effect of COVID on the Episcopal Church requires a look at the already alarming numbers we saw in last year’s annual reports, which covered the year before the pandemic hit.

At that point, membership in TEC had tumbled by 17.4 percent over the prior ten years. Moreover, funerals now outstrip weddings, with the latter facing a precipitous decline. In just 2019 alone, weddings in TEC declined to just 6,484 in the entire denomination — an eleven percent decrease in just one year. That’s of particular concern because marriage rates in the population at large are holding steady.

Of course, steady decline in the Episcopal Church is hardly news. In fact, it’s been the norm for so long the only thing that would garner any media attention is if the denomination suddenly grew in membership.

As part and parcel of the online decline of the denomination has been a long-running series of excuses. These include:

And the list goes on. But none of this has played out in real life.

Into this toxic crock of goo, we have the arrival of COVID-19. Initially dismissed as “nothing to be alarmed about,” the pandemic closed many Episcopal churches for the better part of a year.

As a result, many bishops have washed their hands of the matter, and simply urged parishes to use their good judgment.

That in itself is a recipe for trouble, because if there’s one thing the church is good at is pretending problems away. As a result, even otherwise sensible churches are now holding parish retreats, indoor worship, and other things that really are not a great idea in the midst of a pandemic.

The impact has been damaging to the church on every front. Streaming services, which many once touted as a way to reach the unchurched, have lost their luster and are now regarded as routine. Nor are most well-done. As a result, most churches are seeing sharp declines in online worship.

Meanwhile, those who have spent 18 months avoiding public gatherings have all too often discovered that they get along just fine without church and have filled their days with other plans.

Still others, particularly those in nursing homes and assisted living, complain of being ignored during the pandemic. Indeed, while it is not possible to put hard numbers on this trend, most clergy hear complaints of loneliness, isolation, feeling ignored and neglected throughout the course of the pandemic. That’s surprising, because in many dioceses, baptisms, funerals, weddings and memorial services were put on hold for much of the pandemic. Thus, clergy and visiting eucharistic ministers often have more free time on their hands than ever.

But true to form, clergy moan and groan about being overworked, even as studies show that non-Catholic clergy are getting paid more, even as annual work weeks declined by 15 percent over the past decade. Indeed, a quick read of the notes from clergy conference calls in multiple dioceses sounds less like a joyous calling, and more like the last 60 seconds on board the Titanic. And while I hear consistent reports of loneliness and alienation during the pandemic, I’d also note that, for someone living alone, a once-a-month call isn’t really going to help much.

And while live-streamed services may be uninviting, in-person attendance is pretty awful. Even big churches —at least by TEC standards — are lucky these days if they get 60 people at Sunday services. Tellingly, when one combines streaming and in-person attendance, most  churches are facing major declines in attendance, with 15-20 percent decreases common in many areas. That’s telling, because if you can’t be bothered to surf by services in your robe, while you’re nursing a cup of java-swill, a year from now you’re not likely to spend the time to get spiffed up, decked out in your Sunday best, and drive to church. Thus, in a society in which church attendance is no longer normative, it’s become a whole let less normative, thanks to COVID.

The Normalization of Collapse

To make things worse, one of the few positives about the denomination — which is that it is candid about its declining numbers — is about to go away.

This year’s parochial report results, due shortly, will include Average Sunday Attendance for only the first quarter of 2020, with the rest devoted to opportunities, challenges, etc.

In other words, we’re losing hard numbers, and replacing those data with the hoo-ha that you see in parish profiles for churches in transition.

You know the rhetoric: “We’re a small but loving church, with a passionate commitment to growth, located in a beautiful area surrounded by arts, culture, and recreational opportunities. We seek a rector who will help us grow and expand our outreach….” All of which translates to “we’re flat broke, haven’t had a full-time priest in years, and are praying the shingles won’t blow off our roof in the next storm. And by the way, we are in dire need of new members and can’t pay jack, so we hope you’ll find other things in the area to make up for the lack of salary.”

So, with the church afraid to look the reality in the eye, which is that it is in a dire way, we are now going to be treated to a tidal wave of church-babble, all designed to normalize decline.

Yes, next year the church has said it will launch a reimagined annual report. But it’s a safe bet that it’s going to be a softball, with little useful data.

Nor is This the First Time We’ve Played this Game

Nor is this the first time TEC has quietly quit reporting unhelpful data.

It used to be that the church tracked important non-financial data, including the level of conflict in parishes, the source of conflict, and more. The level of conflict was often quite high, and typically over predictable issues, including finances and clashes with clergy. But the data was helpful and illustrated just how damaging unresolved conflict and bad behavior can be. Sadly, though, the last such report came out in 2014.

In other words, we’re circling the drain, and no one has the courage to admit it.

Meanwhile, ++Curry is proving to be a caretaker presiding bishop. Yes, he’s an effective and entertaining preacher, and he’s brought in experts to help clean up the endless conflict and dysfunction at church headquarters. But he’s made no bold moves, and done nothing to address the fact that the church is racing towards collapse.

Nor have the dioceses shown much leadership. To her credit, +Shannon MacVean-Brown has shown herself willing to tackle the issue head-on, albeit after quite a delay. And EDOW is showing a willingness to pull the plug on failing parishes. But the rest of the church lumbers along, doing the same old, same old, with some even saying “well, everything dies.” That is true, but its a given when the patient is denied essential medical care. Yes, that would be TEC.

In short, larges swaths of the church have decided they prefer to die, rather than change. And many of those are locked in a time-warp, where women are second-class citizens, blacks don’t worship with us “because they want to be with their own kind,” and priests are somehow little mini-monarch demi-gods who rule over their parishes from on high.

Meanwhile, the idea of developing a written church growth plan is incomprehensible, and no one considers what would happen if, for example, a church van were purchased to help the elderly, those who don’t drive, or who can’t afford to drive, to get to church. Nor should one assume that this sort of racism correlates with conservative parishes — there are plenty of progressive churches that would never dream of actually helping the disadvantaged or homeless get to church.

So, as we brace ourselves for some really ugly numbers, we need to face two additional troubling facts: 1) Many of the changes wrought by the pandemic are permanent. 2) The Episcopal Church no longer has the courage to report the hard numbers. In other words, the church is so dysfunctional it can’t even call a spade a spade.

Friends, let me be the first to declare: The end has officially begun. The Episcopal Church is dying.

So sad to watch this happen. But agree. It would take bold steps to reverse the death spiral, and not due if there’s a will for that in the churches I’ve attended.

The problem began when Episcopal priests started apologizing for instead of proclaiming the Gospel. The last time and I mean the last time I attended an Episcopal service, the priest on the first Sunday of Lent, greeted me with “Namaste:” (a Buddhist greeting) from the pulpit and then turned things over to a guest speaker. A Black woman who harangued the congregation for 45 minutes about the “1619 Project” and our hereditary guilt as White people of “racism” and our perpetual obligation to apologize to a serve Blacks. Missing was any mention of God, Jesus, forgiveness and sin. My Family have been Episcopalians for at least four generations. Combine that with the cowardly compliance with the anti-Christian social engineers in Washington during the Covid “Pandemic” have completely turned me off.

How are those lesbianand gay priests helping you grow? The Episcopal Church was always conservative and staid but now has to be politically correct. Enjoyit while you can!

Bill: TEC has its problems, but GLBT are not it. One of the most sincerest young priests I know is gay and she would go out her way to help you should you ever need it. Also, Some of the most narcissistic are heterosexual. And they are all beloved children of God. And you are, too. Many blessings to you, Bill.

Full disclosure: I am openly gay. That said, it is a mistake to conclude that only conservatives have an issue with the current direction of the church. As a liberal, I am appalled at the lack of accountability and integrity within the church.

As to your comments Bill, while we support freedom of speech, including to disagree (which sets us apart from Episcopal Cafe), we encourage you to treat all persons as made in the divine image, worthy of dignity and respect. Further comments will be permitted only to the extent they adhere to this policy.

As a atheist but son of an Episcopalian mother (who hasn’t spoken to me since I left the church) I think the answer is simple. Almost nothing in the Bible is true and Christians across the board are leaving in droves. Now the TEC is just a shell of a dying deathcult. It services are boring, ritualistic, and filled with very old people. Maybe the church should drop the whole Jesus non sense and just become a charity.