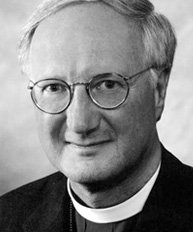 An 2010 Episcopal Church canonical court reinstated the Rt. Rev. Charles E. Bennison Jr. a Bishop of Pennsylvania, reversing a lower church court ruling. Bennison had previously been removed from office and defrocked for allegedly covering up his long-standing sexual abuse of a minor by his brother, a priest in California. The appellate court found that the ten-year statute of limitations had run, and thus it has no choice but to overturn the lower court’s decision. Presiding Bishop Katherine Jefferts Schori had no comment on the ruling.

Responding to the decision, Bennison, who was vacationing in Michigan said:

“I hope I am a changed person,” he said, adding that his immediate goal was to listen to the men and women who have led the diocese since his suspension in October 2007. He said he would likely devote more attention to the spiritual affairs of the diocese than to its finances or administration.

“My main reason for coming back is that I think I have something to offer along those lines . . . preaching and teaching,” he said.

Others held a less generous view, even prior to the indictment, with the diocesan standing committee and regional deans unanimously calling for his resignation over issues including the use of diocesan assets to build a summer camp, as well as his defrocking of one of his critics, conservative priest the Rev. David Moyer.

Shortly after his return to office, the House of Bishops passed a strongly worded yet non-binding resolution urging Bennison to resign. He did so two years later.

Dont forget all this https://www.episcopalarchives.org/ecclesiastical-discipline/cbennison

See the delusion for yourself:

“I sincerely appreciate the prayers of my peers in the House of Bishops and understand that they are concerned for the welfare of my soul.

“However, they have no cause to be worried. I am, and have always been, innocent of the charges against me. And now the Court of Review of the Episcopal Church has reversed the erroneous decision of the Trial Court, and I have been restored to my position as Bishop of Pennsylvania.

“As the Court of Review clearly determined from its review of the facts, I was unaware of my younger brother’s inappropriate relationship with a minor member of our church until late 1977, after the relationship was over, and the young woman was legally an adult.”

From the Court of Review :

“The tragedy of this conduct unbecoming a member of the clergy is exacerbated by the fact that, during the trial of the case, Appellant testified that, upon reflection on his failure to act, he concludes that his actions were “just about right.” They were not just about right. They were totally wrong. Appellant’s testimony on this subject revealed impaired judgment with regard to the conduct that is the subject of the First Offence and that is clearly and unequivocally conduct unbecoming a member of the clergy.”