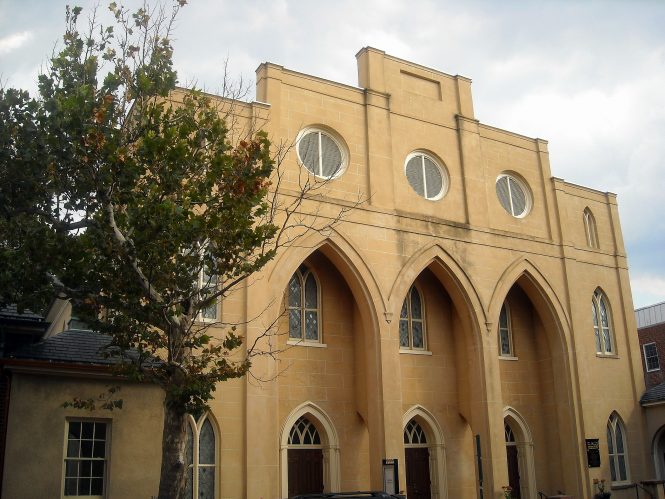 Criticism may not be agreeable, but it is necessary. It fulfills the same function as pain in the body. It calls attention to an unhealthy state of things. — Winston Churchill

The trouble with most of us is we would rather be ruined by praise than saved by criticism. — Norman Vincent Peale

An amazing thing happened recently. No, it wasn’t the whipsaw weather along the east coast. It wasn’t the European allies presenting a united front against Russia.

It was something far more shocking. Specifically, ++ Michael Curry, speaking to the Union of Black Episcopalians, called not for reform, but revolution. The move undoubtedly set countless Episcopalians clutching their pearls, and making sure the alarm system was on before they went to bed that night. 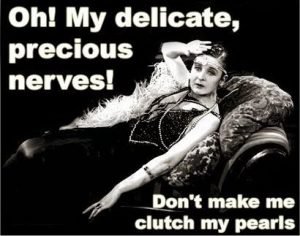 Fear not TEC! Contrary to what Curry says, revolution is NOT coming!

Shocking though the Curry’s statement may be, Anglican Watch is here to reassure the faithful.

Revolution is not coming.

Reform is not coming.

Indeed, at least until the church runs out of members in the next 20 years or so, the Episcopal Church’s endless meetings, mountains of paperwork, illusory governance practices, and transactional “solutions” like study groups are safe. You may sleep soundly at night.

In fact, with COVID seemingly easing, you can even plan on getting rip-roaring drunk at your parish’s annual retreat this year. (Shrine Mont, here’s looking at you.)

And there is no better example of how extraordinarily shallow ++Curry’s calls are then the recent decision by St. Paul’s Alexandria VA to disinvite member Heather Hardy from a discussion group on — get this — revolution in the church.

For those of you who don’t know Heather, she is a former evangelical who joined TEC just a few years ago. Confirmed at St. Paul’s, Heather is now profoundly disappointed by both the parish, its so-called leadership, rector Oran Warder, and the larger Episcopal church. Heather is candid about her disappointments, and not afraid to speak out.

That said, Heather is an unlikely revolutionary. Small, blond, athletic, and intelligent, she comes from an affluent family. She is devout, supports same-sex marriage, and has numerous LGBTQ+ friends. She is articulate, holds a JD, was admitted to practice law, and has an exemplary reputation, having worked audit and assurance for major government contracts. 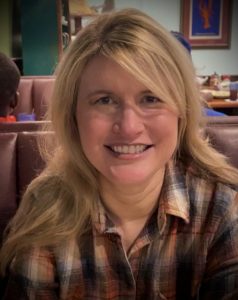 As in most such cases, it’s difficult to know exactly when Heather started to experience alienation. It may have been the covert sexism, in which a parishioner told her, as assistant treasurer, “You’ll learn a lot” from her male counterpart, conveniently overlooking Heather’s stellar accomplishments, perhaps based on her gender.

Other micro-aggressions also played a role:

Other issues were major, with Oran Warder rejecting her concerns about church budgeting decisions, which were made without adequate data and opportunity for discussion. This was followed by a refusal to discuss the matter. “We’re moving forward,” Warder allegedly said as he shut down the conversation.

Worst of all was what Warder termed the “nuclear” option, shutting down the church’s preschool program after the head of the school allegedly made an offhand remark about Warder “throwing his dick around.” That, despite:

Thus, when Warder didn’t get his way, he took the St. Paul’s vestry into executive session, thinking that the matter would never become public, and voted to shutter the relevant corporate entity.

As we said earlier, women have endured far worse for decades. And having worked in a church, I’ve heard lots worse from clergy, staff, and members alike.

Nor should we overlook the feckless approach of TEC to real issues, like Episcopal priest Bob Malm’s perjury, or Stephen McWhorter’s remaining in good standing despite allegedly making sexual advances against children, and well-documented cases of sexually harassing adults. So, while Warder is busy pursuing the “nuclear option” over a minor slight, we have a church that sticks its head in the sand over real misconduct.

Throughout it all, Heather has repeatedly called for change. To be clear, she’s sometimes far from subtle. But with the Episcopal Church now less than 20 years away from collapse, the time for subtly is over.

“Reform has its time and place, but reform is not enough,” Presiding Bishop Michael Curry said in his sermon during the opening worship service of the Union of Black Episcopalians. “Mere tinkering at the edges – that’s not enough. We need a revolution.”

Similarly, we have only to look at Jesus’ references to “whitewashed tombs” and “nests of vipers” to see the passion with which he spoke. No subtlety there.

Moreover, Heather’s concerns are solid and well-considered. Anglican Watch has discussed at length Heather’s concerns about both the parish and the larger church, and we have yet to find anything with which we disagree. Indeed, any church would be well-advised to listen carefully to her concerns and implement her recommendations whenever possible.

Heather also has played fair, apologizing to Warder for sounding sharp when she resigned as assistant treasurer over governance practices in the church.

The response? Typical TEC passive-aggressive babble along the lines of “we wish you well,” followed by cancel culture antics, like removing her access to the online church directory.

But the decision to remove Heather from a discussion about revolutionary change in the church and turning away from ingrained clericalism is ironic indeed. To be fair, Heather asked to be included, but said she would understand if others did not want her there. In short, she was being polite.

You of course already know the outcome. 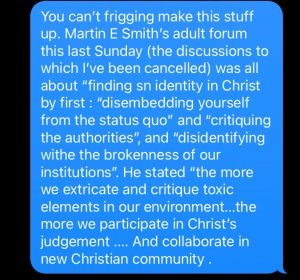 After business hours, and with no face-to-face discussion, an email notice showed up in Heather’s inbox saying she’s been canceled. Canceled from a discussion of how we “need to engage in an intentional critique of the environment, how it malforms and deforms us.”

But if St. Paul’s is to move away from its reputation as a place for a handful of well-heeled but dowdy insiders, if it is ever to become a vibrant, growing, healthy church, it needs to welcome all. Not just those who agree not to make waves.  Not just those who are polite and agreeable.

The church needs to question every aspect of its existence. It needs to ask questions, to welcome inquiry, and to treat all persons with respect. It needs to welcome the poor, the oppressed, and like Jesus, the opinionated.

And it needs to acquire some backbone. Not over petty issues like references to Oran Warder throwing around his dick. The real sort of courage, like when Jane Holmes Dixon defied separatists at the Accokeek church and held Mass on the lawn. We’re talking about the sort of real courage that is transformational, versus transactional. The courage to take a hard look at itself, to ask questions, and to implement the revolution that leads to the Kingdom of God, versus worship every Sunday.

In short, St. Paul’s needs to quit with the cancel culture, the transactional solutions, the petty grievances about the rector’s dick, and act like Christians. Unless it does, the day is fact approaching when there will not be sufficient membership to support the church as it exists today. And while this is a parish that hides behind what my buddy Susan Snook calls “churchy-nice” at its heart St. Paul’s is a passive-aggressive sinkhole of ugliness that well deserves its mixed reputation.

With that in mind, Anglican Watch is sending a copy of this article to both Heather and Oran Warder. Let’s see what happens.

And for heaven’s sake, St. Paul’s needs to stop with the cancel culture. As one minister says, “If you can’t be nice in church, what good are you?”

And for the record, it’s not like the Episcopal Church has members to spare.

Clarification: I wasn’t necessarily against STPs taking the preschool in-house, instead of allowing a different entity to run it. It’s the church’s property, and they have a right, even a responsibility, to ensure this valuable asset (building space) is used in a way that aligns with the values of the church. But when months later, I finally learned the remark that triggered the busting up of SPNDS, the old entity, I pitied church members on the SPNDS board who were pressured to terminate the Head of School after a single salty remark, which shouldn’t have been said, but for which the Head of School apologized and all board members disavowed, but also felt firing her was “too harsh”. Had I been in their place, I also would have found it difficult to support the Vestry in their desire to terminate, based in part, on the type of inappropriate remarks I’ve had directed towards me over the years, but mostly ignored. Additionally, the Vestry unanimously supported terminating the Head of School; and I find it difficult to believe none of them have ever made an off-color remark at work.

BTW…after I briefly mention the sexists remarks, along with a few other things, in the summer of 2019, I noticed a sincere effort by some to be more careful. So I’m not still complaining about that and didn’t consider it a “huge deal” at the time, anyway; just annoying. Overall, though, I think there’s probably a gap between the progressive ideals professed by the church, and TEC, and the power dynamics in a church that is steeped in tradition. Probably not intentional; just old habits, practices, and blind spots.