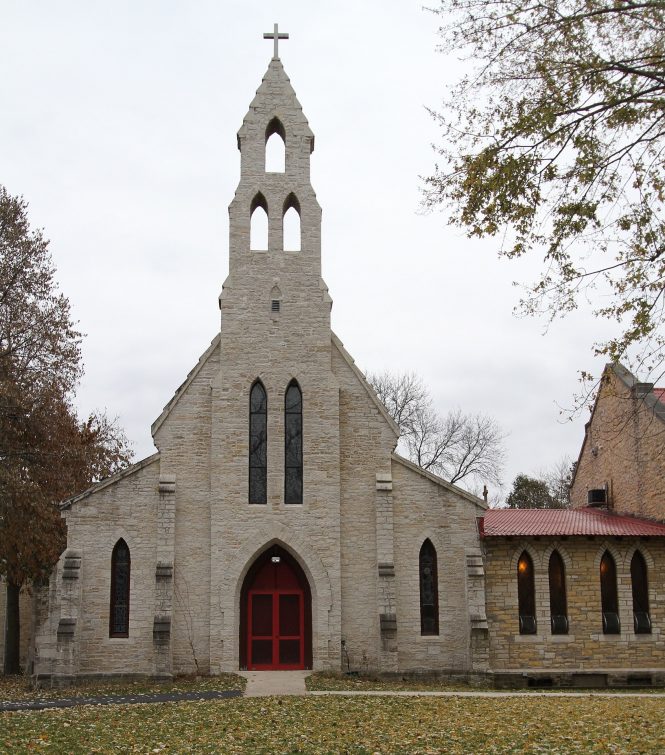 One of the major problems TEC faces when it comes to sexual misconduct is it likes to think of itself as squeaky clean. Much like its false claim that the church didn’t divide during the Civil War, the church is far from squeaky clean. Instead, our belief is that the church has become so small it simply doesn’t garner the attention of larger denominations, like the Catholic Church and the SBC.

The following was provided by an anonymous source. We have verified key details and believe the story to be accurate. No copyright claim is made.

Note that many of the involved went on to serve as priests and, in at least one instance, to have access to children. Moreover, the attempt by Nashotah house officials to minimize the misconduct is unconscionable.

A message has been left with Nashotah House officials seeking comment.

In 1993 and 1994, five former seminarians were charged with underage sexual assault and the corruption of minors stemming from incidents with at least six male children of seminarians at Nashotah House Theological Seminary in Wisconsin. Police charging documents recorded a prevalent seminary culture of faculty-student relationships, homosexual and heterosexual student relationships, extensive circulation of pornography among seminarians, and use of alcohol and drugs supplied by adults to minors. Nashotah Dean Jack Knight noted in press interviews that the assaults could not have taken place, because children at the seminary were not permitted inside the dormitory rooms of single students. The Rev. Jason Samuel, a seminarian from the Diocese of Milwaukee, expressed regret for his involvement in questionable activity at the seminary but was acquitted of criminal charges and ordained by Bishop Roger White in 1993. Since 2021, he is rector of St. John’s Episcopal Church, Salt Lake City in the Diocese of Utah. Seminarian Charles McCray of the Episcopal Diocese of Fort Worth, who was not ordained, was sentenced in 1994 to five years of incarceration for assaulting one boy in 1988 after pleading no contest. The Rev. Russell Martin of the Episcopal Diocese of Fort Worth was convicted of three counts of underage sexual assault in 1987 and sentenced to four years of imprisonment and ten years of probation. In 1998 he appealed his sentence on the grounds of ineffective counsel, which was denied. He appealed his conviction in 2005 on the grounds that the criminal complaints were filed five years after the alleged sexual assaults took place, and that one complainant had been 14, the age of consent in Wisconsin. Martin admitted knowledge of several assaults that took place in his seminary residence, but said that he did not participate in them. Martin’s case remained on appeal until 2012, when it was denied. The Rev. Anthony G. Miller, who was a student at General Seminary in New York but attended a conference for seminarians at Nashotah in November 1988, was charged with sexual assault of three children while there. He was ordained to the priesthood in 1989 in the Episcopal Diocese of Los Angeles and received his Master of Sacred Theology Degree at Yale in 1995. He has been rector of St. Timothy’s Episcopal Church in Compton, California since 2018. The Rev. Eugene Maxey of the Episcopal Diocese of Fort Worth was sentenced in 1994 to 20 years for second-degree sexual assault of five children at Nashotah House and in his parishes both before and after ordination, but entered an Alford Plea indicating that he did not admit guilt and acknowledged that prosecutors had enough evidence to convict him. Maxey had served as youth group director at parishes in the Episcopal Diocese of Dallas before his ordination to the priesthood by Bishop Clarence Pope. He was released in 2014 and reported his next address as a rectory in the Diocese of Chester in the Church of England. In a 1995 interview with Episcopal News Service, Dean Gary Kriss said that “impact on the campus has been minimal beyond “the negative impact of knowing the school was getting this publicity.” “It has not created the kind of trauma that takes place in a parish when a priest or former priest is implicated in sexual misconduct.”

1994 isn’t all that long ago when the perps are still getting out of prison and making their appeals. Just think about all the things NOT reported that NEVER make the news.