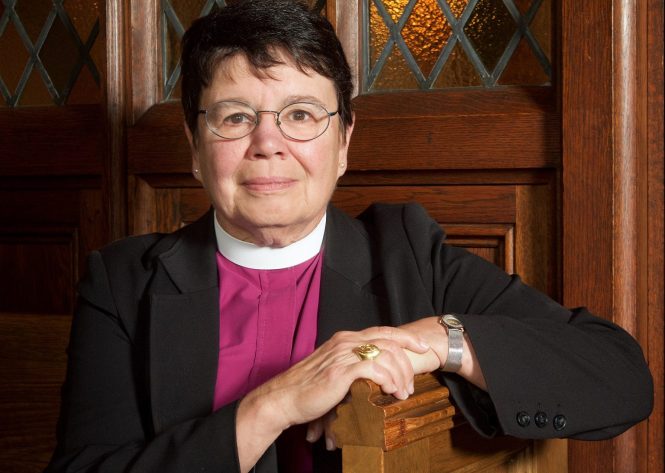 Full disclosure: Anglican Watch editor Eric Bonetti filed a Title IV disciplinary complaint involving the Rev. Robert H. Malm, which was handled by Chilton Knudsen. She held that allegations of perjury involving Malm were “not of weighty and material importance to the ministry of the church” and dismissed the case. Jim Naughton, spokesperson for the Episcopal Diocese of Chicago, is an acquaintance of our editor.

As a result of additional investigation, we are prepared to call BS on Chilton Knudsen. Specifically, it is our belief that she is lying.

Not victim of an aged memory.

And yes, that is a strong word. But it is appropriate when, as here, all evidence suggests it’s true.

We stated earlier that Knudsen has a long track record of corruption, including dismissing allegations of perjury by Episcopal priests as “not of weighty and material importance to the ministry of the church.” That despite the fact that the Title IV disciplinary canons expressly forbid clergy from engaging in conduct that involves “dishonesty, fraud, deceit, or misrepresentation,” as well as “conduct unbecoming.” If perjury doesn’t qualify on both scores, what the hell does?

Moreover, she is known to have failed to report another case of child sex abuse in Maryland. The fact pattern in that case is shockingly similar to the one in the instant case, and there is no evidence that she reported the matter, despite church policy and legal requirements that she do so. Anglican Watch has independently investigated this, and we are confident that Knudsen did not report.

That’s similar to the allegations in the Chicago case, in which Knudsen says she called the police within weeks. Why the delay? According to Knudsen, that’s because the victim didn’t want to report the matter. The victim denies that, saying he was willing to go forward from day one. Be that as it may, there is no record of a police report.

Let’s consider first Knudsen’s alleged reason for her delay in reporting to the police.

On that matter, her arguments are as mendacious as they come.

At the very heart of safe church training is the notion that persons receiving complaints can guarantee discretion. But they cannot and will not guarantee secrecy. As a bishop and purported expert on safe church policies, Knudsen knows, or has reason to know this.

Moreover, in the event of abuse, you go to the police immediately, regardless of the victim’s desires. Why? Because victims may be so traumatized that they cannot make rational decisions.

Nor is it safe to delay. What if the child is raped immediately after the report? Or murdered? Or if there are other victims? The intake officer or judicatory simply is not in a position to delay and exposes all involved to grave risk if s/he does delay.

In short, time is of the essence, and it is imperative that one act without delay. No excuses. No exceptions. No explanations.

Nor should she have been meeting with the parents. Clergy are not trained investigators, and Chilton Knudsen, in Anglican Watch’s experience, doesn’t have half the common sense God gave a goat. Or the integrity, for that matter.

Bottom line, you pull in the police then and there. By her own admission, Knudsen did not contact the police immediately. So as she is playing those tapes over and over in her head and just can’t figure out what she would have done differently, this is the answer.

Funny that it’s so hard for Knudsen to figure this out.

Nor is Knudsen’s statement credible. She claims she vividly remembers the conversation, but she can’t recall with whom she spoke. That’s nuts.

Imagine: I tell you I love my Lexus, which I’ve had for several years. As we talk about it, I tell you what a great experience I had at the dealership and how everyone was super helpful. I even remember that they gave me some free accessories.

You respond by saying, “Wow, that’s great. Which dealer did you use?”

My answer: “I vividly recall the transaction. I just can’t recall the dealer.”

Oops. You’re not going to believe me, and rightly so.

Then there’s the matter of documentation.

Imagine you’re the bishop. Someone comes forward and says, “I’ve been molested.”

Hopefully, your first concern is for the victim. (More on that later.)

But you also didn’t get to be bishop because you’re a fool. You know that the church’s insurance carrier, the Church Pension Group, could get involved. Police may get involved. The media may get involved. And there’s your image to preserve. Gotta look all squeaky clean for the public, right?

In short, while you maintain privacy, you leave no stone unturned to ensure that you have documented your actions and that you will be able to prove what you did and when you did it. 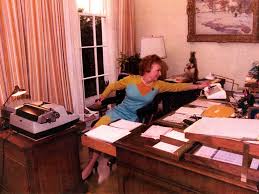 Yet here we are, relying on Knudsen’s vivid but faulty memory. The fact that Knudsen has to play the “tapes in her head,” is telling, and those of us old enough to remember Watergate start thinking of Rose Mary Woods and her death-defying “Rose Woods reach,” which just so happened to delete 18 minutes of the Nixon tapes.

And while we’re on the topic, the Diocese of Chicago says there are holes in the story of the priest who first complained about Kearney. But that’s pulling a DARVO. Priests don’t just resign out of the blue. And the fact that the diocese says it has no record of her complaint doesn’t implicate her; it implicates the diocese. As stated previously, there should be records in all directions. The fact that there are not suggests coverup on the part of the diocese.

Strike Four — Did I Mention You’re Out?

On top of everything is the shared responsibility of Frank Griswold and Chilton Knudsen over the failure to care for the victim.

Specifically, Richard Kearney, priest and pedophile, gets mental health care. Yet as far as we can tell, the victim gets nothing. Why do we say that? Because he was “living out of a car, acting strange and doing a lot of drugs.”

Nor does Knudsen’s deferral to Griswold count. “Just leave this to me” doesn’t cut it. Neither does, “I was just following orders.” It’s times like this folks need to have a backbone, honor the baptismal covenant, and resist injustice and oppression.

Same for Knudsen’s claim to have called the police. If they didn’t reach out to her and the victim to take a report, why didn’t she call the police and say, “What is the status?” And why didn’t she act as an advocate for the victim? This guy is struggling just to survive, but Knudsen has washed her hands of the matter and is now claiming the sleeping beauty defense. Again, not only should Knudsen have done things very differently, but there should have been volumes of notes.

And yes, times have changed. We are a little better at addressing abuse, but not much.

But that’s not the issue here. At issue is basic human decency. “As you have done to the least of these, so also have you done unto me.”

For the record, Anglican Watch doesn’t have a bone to pick with Jim Naughton, spokesperson for the diocese. He’s just doing his job, and we know him to be a decent man.

But there needs to be major reform in the Episcopal Church. This should include:

In closing, this is an utterly disgraceful situation. Chilton Knudsen has a long and sordid track record of enabling and covering up abuse and should be defrocked immediately.

Will that happen? Not bloody likely. But until we call a spade a spade, the Episcopal Church will continue to wallow in its own ethical filth.