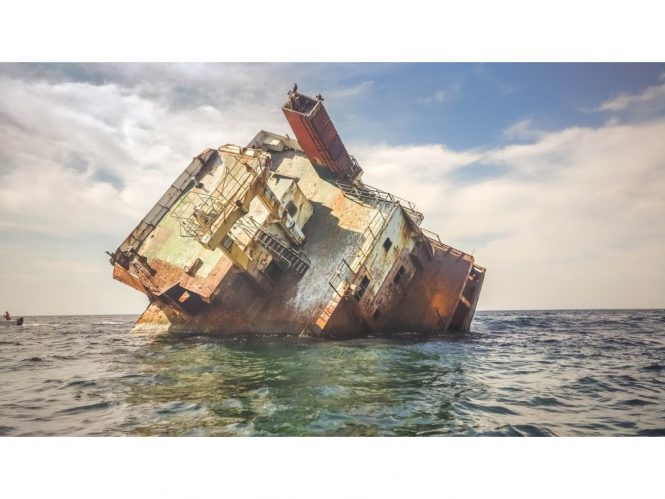 When Bishop Susan Goff took over as ecclesiastical authority of the Episcopal Diocese of Virginia in 2019, she did so with the promise of teeing up for a new bishop diocesan. That included dealing with ongoing conflict in the diocese, improving management practices at Mayo House, and more.

And while some changes have been made, including ending the internecine warfare with the trustees of the funds and finally figuring out what assets the diocese holds, there’s evidence that the diocese continues its alarmingly shoddy management practices.

For example, the diocese spent an estimated more than $3 million in legal fees during the property recovery litigation. So you’d think that it would be careful to look after the properties it recovered, wouldn’t you? And to maintain clear ownership and tax records?

In the case of the Truro church properties, worth more than $18 million per Fairfax City tax records, the diocese hasn’t even kept Fairfax city tax records up to date, with Bishop Shannon Johnston still listed along with the diocese as the owner.

We get that this is the sort of thing that doesn’t get updated immediately following a transition, but it’s now been three years. And it’s feckless indifference like this that led the diocese to lose track of its assets in the first place.

Not to mention that if the deeds do not reflect that the property is held in trust for (ITF) the diocese, things could get ugly if Johnston keels over. That could well result in the diocese needing to file suit to quiet title to the properties — the last thing it needs when there have already been adverse claims by the ACNA crowd against title.

Tax records for Church of the Epiphany in Herndon VA, once intended as the mother ship of the ACNA movement, are even more vague. The records, which reflect a value of almost $4 million, reference only Bishop Shannon Johnston, with no direct mention of the Diocese: 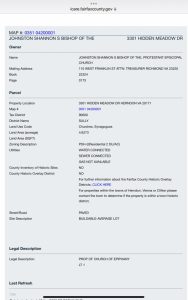 Church of the Epiphany

We also note that it was this sort of slipshod governance that led to property losses in South Carolina and Texas. And failure of the diocese to run a tight ship only incentivizes sloppiness at the parish level. It also increases the risk of misfeasance or malfeasance and potential losses to the diocese. Further, it discourages giving, as people fear their donations will be frittered away on irrelevant busy work.

Nor are day-to-day operational issues any better.

For example, if folks at Mayo House are wondering why the phone isn’t ringing off the hook, it may have something to do with the fact that the diocese’s website still reflects the phone outage dating from March 15, 2021.

All we can say is that a 15-month phone outage is extraordinary. Or not, given that the diocese held racial justice listening sessions in 2015, but didn’t do any meaningful follow-up until 2022.

Same goes for Susan Goff’s listening sessions when she became ecclesiastical authority in 2019. One of the key messages that came out of those sessions was the need to address conflict in the diocese. Yet the only thing done on that front was to de-escalate the uproar with the Trustees of the Funds. So why did so many waste their time participating if the results were ignored? 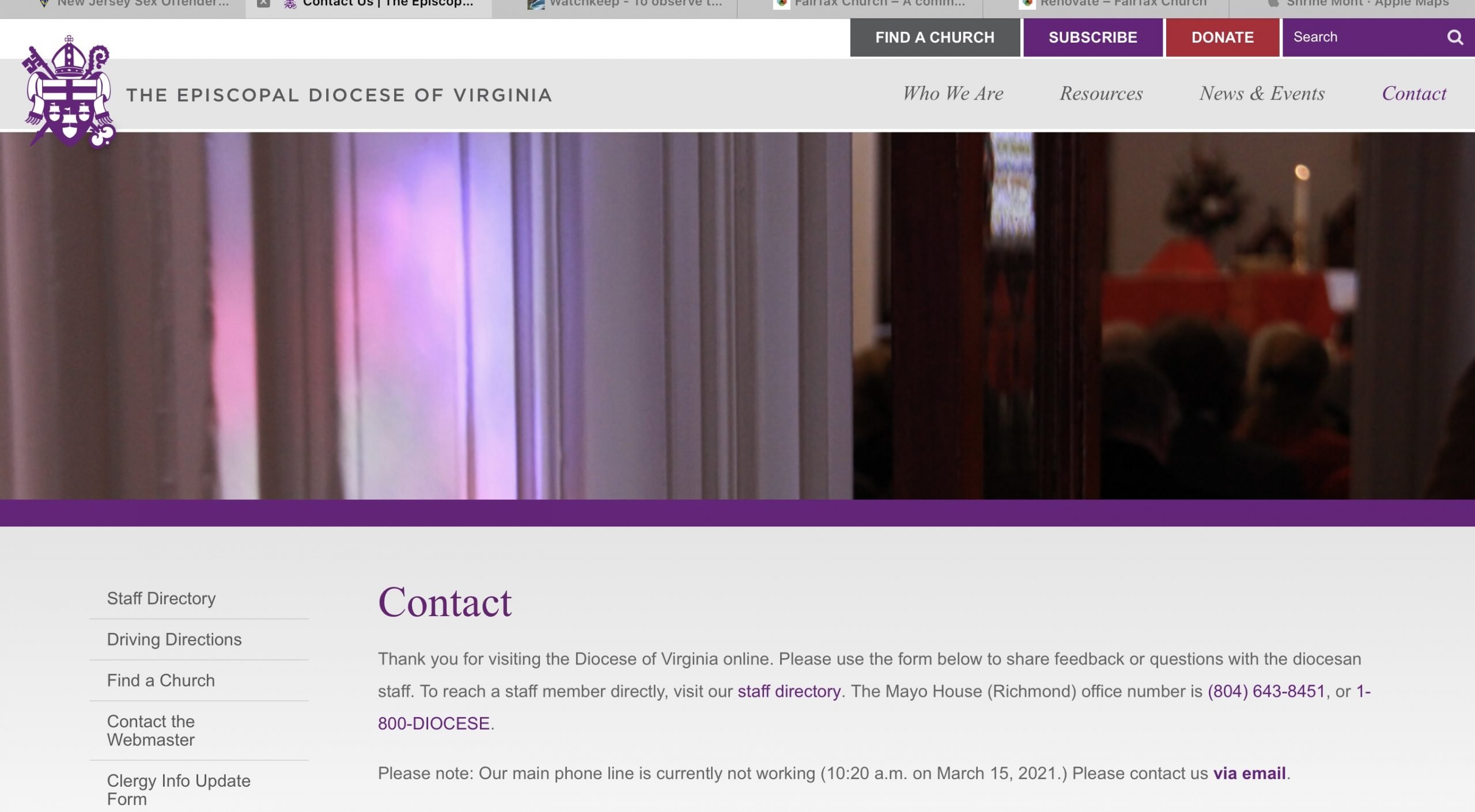 Phones Out at Mayo House

We also note that the diocese does not put minutes from the standing committee or the executive board on its website. It does not publish contact information for these entities.

Nor does it publish financial audit reports. This is significant, because we question the accuracy of any audit in which the diocese didn’t even know what its assets were. Thus, there is a heightened risk of fraud, embezzlement, or other misconduct.

Sunlight is a great disinfectant, and kills vampires of every ilk.

And while well-placed sources tell Anglican Watch that the decision to hire a chief of staff for diocesan headquarters was one of the outcomes of the Johnston meltdown, the endless comedy of errors and nonfeasance makes it clear that this was a bandaid on a much larger problem. The diocese continues to swallow millions of dollars in resources, with very little to show for it. And continuing turnover among diocesan staff, along with reports of low church participation by diocesan staff, conflict within the standing committee, and the lack of diversity among candidates for bishop diocesan, all suggest that issues within the diocese have become structural and extend far beyond the walls of Mayo House.

Anglican Watch believes these issues include:

Even in the case of clergy discipline, diocesan officials routinely ignore church canons, act outside the scope of their authority, address matters in secrecy, and treat victims with disrespect. These actions in turn inform the opinions and actions of laity and clergy throughout the diocese.

Similarly, the recent resignation of the Rev. Anne Turner from the standing committee, allegedly over the refusal to permit additional nominations to the bishop search process, was marked by Anne’s saying that she could not disclose the reasons due to the confidentiality of the standing committee. While we appreciate her integrity, we are also aghast.

Because in a representative democracy, transparency should be the norm. Yet even as the church proclaims it is a democracy, it functions more like a oligarchy, and a badly run one at that.

To be clear, personnel and contracting decisions may sometimes need to be conducted behind closed doors. But this should be rare, and nothing about the standing committee’s role in finding a new bishop should be confidential. Indeed, trust and engagement require aggressive transparency, warts and all. Indeed, it was that same propensity for firewalling things that got the Diocese of Maryland in trouble with the Heather Cooke consecration. Have we learned nothing?

Increasingly, the duration of these challenges, and the egregious breakdown of clergy discipline and other key components of ecclesial life, suggest that the diocese may have already reached the point of no return. Only time will tell.

In the meantime, it’s fair to say that there is a profound need for wholesale change (revolution, as PB Curry puts it) within the Episcopal Church, and particularly within DioVA. The church’s survival depends on it.