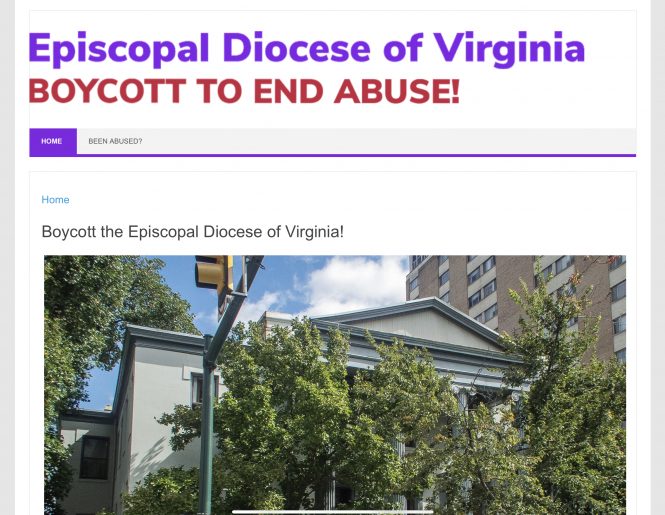 In the run-up to the election of the 14th bishop of the Episcopal Diocese of Virginia, activists opposed to abuse have launched a campaign to boycott/defund the diocese until it takes steps to end abuse. Demands include:

The activists have launched a website at https://boycottdiova.org and plan to issue press releases, demonstrate outside diocesan churches and events, and name abusers, including those who aid and abet abuse by turning a blind eye.