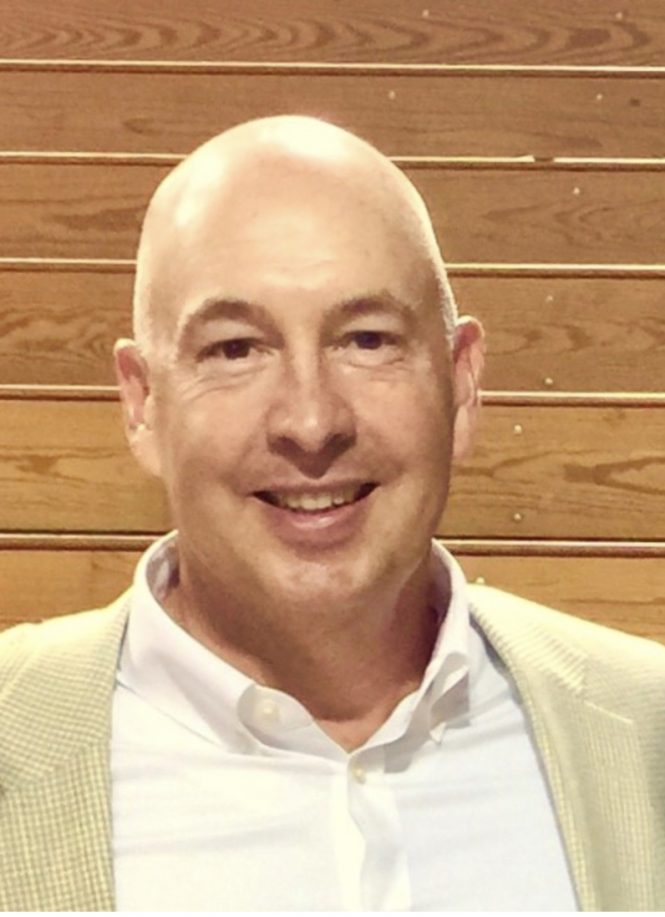 A member of the standing committee of the Episcopal Diocese of Virginia, Baker also serves on the board of the diocesan retreat center, Shine Mont, and is on the diocesan constitution and canons committee.

In his role as a member of the standing committee, Baker has told persons who complain of abusive clergy behavior,“You’re absolutely out of line.”

Baker was challenged on his conduct, but has neither retracted his comments nor renounced his position. He has yet to state how his conduct is consistent with the Baptismal Covenant or other aspects of Episcopal theology.

Activists have announced an effort to encourage investors, particularly BIPOC communities, women, and others who have experienced abuse or marginalization. to remove their portfolios from Baker’s employer until such time as he decides that complaining of abuse is not “absolutely out of line.”

A similar effort is under way to withhold pledges to St. James. 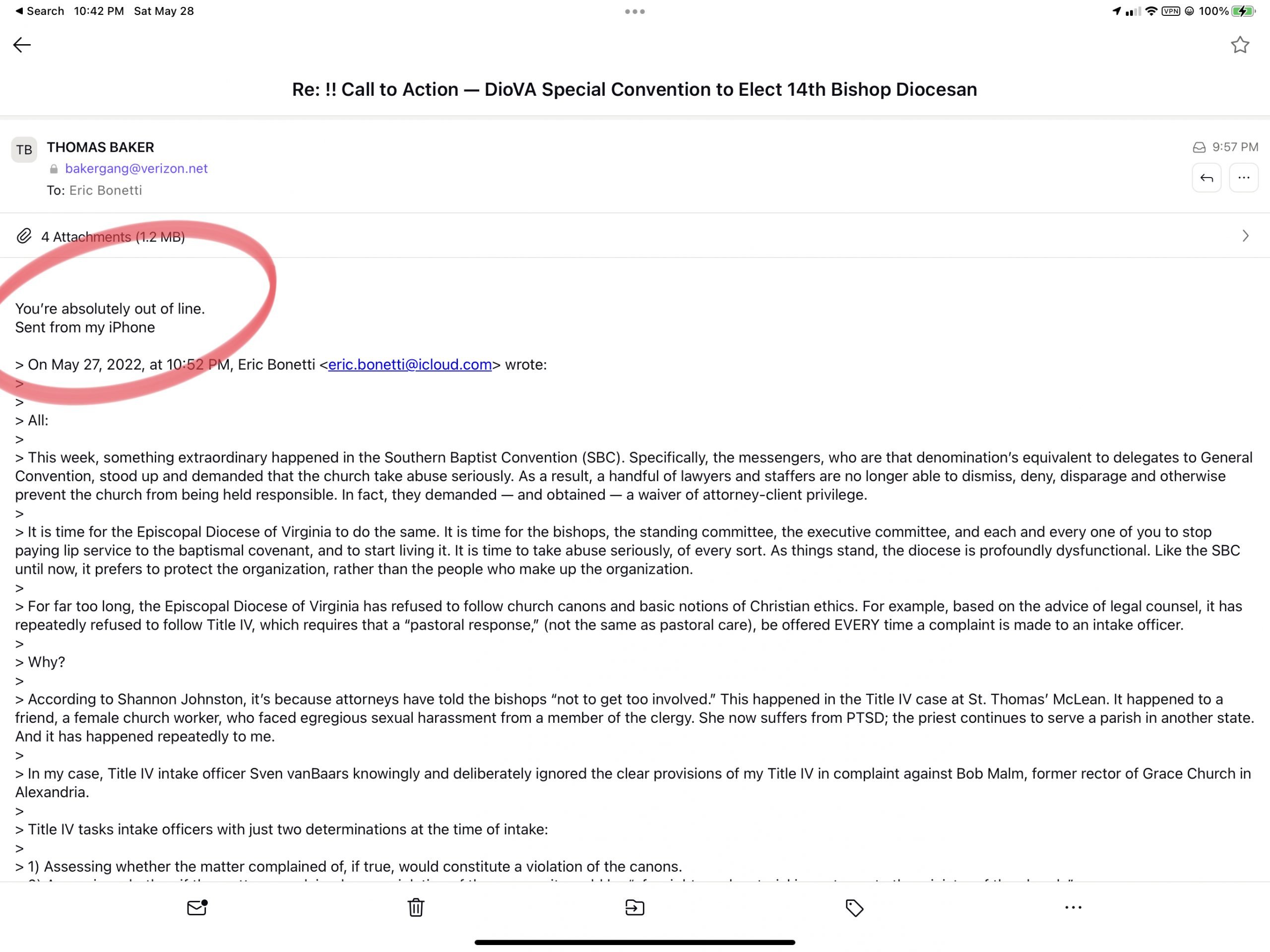