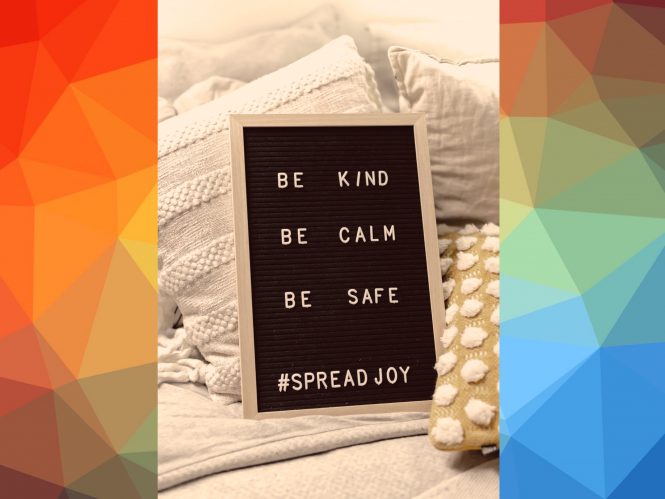 Recently we obtained a copy of this letter from Dawn Hopper, sent to diocesan staff and numerous other individuals concerning the conflict at St. Paul’s, Montvale NJ.  It is a prime example of how not to resolve conflict.

Before we go further, a little digging revealed a vital bit of context: Ms. Hopper was not regularly attending church at St. Paul’s well before the arrival of Pastor Jill.

That begs the question: What is Ms. Hopper’s interest in the matter?

A possible answer emerges from allegations that relative Ree Hopper has said publicly that Pastor Jill “worships Satan.” Ree also has purportedly repeatedly disrupted services at St. Paul’s — hardly conducive to conflict resolution. And while Ms. Hopper claims that Ree is a vestry member, that does not currently appear to be the case.

Another hint of some of the reasons for conflict at St. Paul’s comes with Dawn’s reference to vestry members who have served for years. That’s a problem, as the diocese, like most, has term limits. (For the record, most of us at Anglican Watch have served on vestries, and two or three years was more than enough, thank you.)  Thus, we see suggestions that the parish hasn’t been in compliance with the canons for years. And term limits are healthy—they prevent vestry members from feeling that they have ownership, prevent burnout, and ensure buy-in among all members of the parish.

Then we come to the flawed theology in the letter. Counter to Ms. Hopper’s statement, the whole thrust of the Matthew 7 is not that only God can judge us. Were that true, the Bible could condemn the entire criminal justice system. But what it does condemn is the very sort of behavior we see in this letter.

Nor is Ms. Hopper’s bit about excommunication accurate. In fact, the Episcopal church does not have a mechanism for true excommunication, which has kept it relatively free of heresy trials and other silliness. If a parishioner is causing scandal or disruption, they may be prevented from taking receiving communion until they have changed their ways and made restitution (BCP p. 409). And while this step has not been taken, disrupting services clearly falls within the ambit of this provision. And family member Ree’s allegedly saying that Pastor Jill worships Satan and saying that the people Pastor Jill has let into the church are “disgusting” is anything but Christian. Given that all of us are made in the image of God, to say that any person is “disgusting” is a repudiation of Christianity at every level. “Verily I say unto you, Inasmuch as ye have done it unto one of the least of these my brethren, ye have done it unto me.” Matthew 28:40 KJV.

Then we come to the disturbing and potentially defamatory statement that Pastor Jill has abused children. The statement is conclusory, and Ms. Hopper offers no evidence. But most jurisdictions would treat the matter as defamation per se—meaning that actual damages don’t have to be proven.

Similarly, the bit about lack of communication is circular reasoning at its finest. The whole point of the Lombard Mennonite Peace Center (LMPC) process is to engage in safe communication, free of ad hominem attacks and personal vendettas.

There also are practical matters to consider in this situation. For example, Ree’s son Steve Hopper owns Pratt Plumbing, Heating, and Cooling, and is a general contractor. He’s also active in the Rotary and has ties to the Boy Scouts.

The Rotarian Four-Way Test is telling:

“Of the things we think, say or do

Indeed, the sort of behavior we see here is unacceptable in both groups, and likely damaging to his business. Even if someone takes no sides in this matter, do they really want this sort of controversy in their lives? Human nature is decidedly risk-adverse, and major companies in the area won’t touch a vendor with these sorts of issues.

Taken as a whole, the behavior of this group of former parishioners appears to constitute civil conspiracy and defamation. As a practical matter, they would be wise to participate in the LMPC initiative, and to consult a good attorney for independent insight, including into possible tort claims arising from their actions and the potential impact on family-owned businesses. If nothing else, no one wants to get so caught up in this sort of thing that they harm their own interests.

We continue to hope for peace and healing in this situation and hope that Dawn Hopper and others will work in good faith towards that goal.

Pastor Jill always had an open door policy, there was plenty of opportunity for conversation.
I can’t understand how after going to mass on Sunday, you then show up at St Paul’s to picket.
And all those signs around town don’t make sense, besides making our town look trashy.

It definitely makes the town look trashy. If you want to have a garage sale in Montvale you have to call for a permit and take down any signs as soon as the sale is over. Why are these signs allowed to be displayed for this long?

I say this as an outsider to the TEC: It looks look both sides need to seriously grow up.

Both sides seem kind of petty at best – outright vicious at worst! Both sides also need to keep the children out of this mess.

St. Paul’s currently does not have an open door policy. Registration is required for all in-person services.
It cannot be due to Covid because masks are optional.

The open door policy was to her office for any discussion.

The word around the campfire is that the people formerly in control of the church finances were stealing from the church and laundering money. They refused to give the passwords to the accounts to the new people in charge for months while they covered their tracks.

We strongly suspect that this is accurate. If so, Anglican Watch will fully support criminal prosecution.