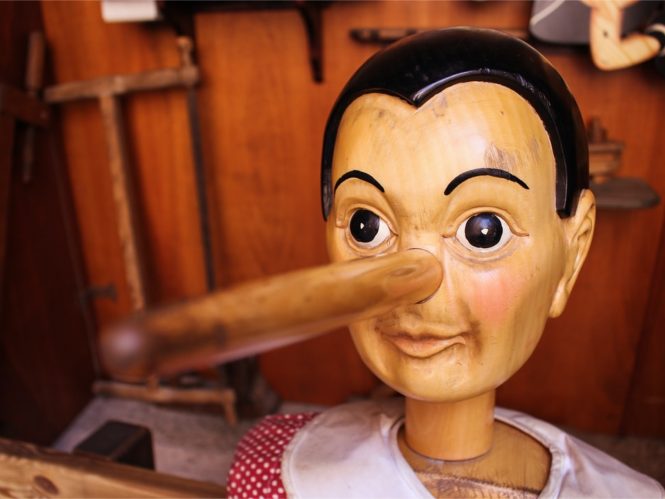 In a prior article on the situation at St. Paul’s, Montvale, Virginia “Ginny” Bartlett posted a comment that claimed that Pastor Jill was abusive in an email exchange with her. For clarification, below are:

To be clear, Pastor Jill’s response is not abusive or angry.

Ginny’s behavior, however, is mean-spirited, manipulative, and untruthful. And since she stated in writing that she is willing to share her emails, we are taking her up on her offer.

So too would we object to someone who preaches any form of hatred. Thus, if the National Cathedral were to invite an Aryan Nation member to preach, we would object, and loudly. We would object if someone preached that women are inferior. We would object if someone preached in support of the war in Ukraine. We can and will object to anyone who preaches hatred, or who denies the dignity of every human being. That is consistent with the baptismal covenant and its promise to resist injustice and oppression and respect the dignity of every human being.

Ginny’s comment: I am a former parishioner who moved away. During Covid I reconnected with services and friends via zoom services. After attending several sermons I just stopped going. Pastor Jill’s sermons were not about life and Gods hope but about her — and her personal opinions about other people and our Anglican community. Instead of unity she was divisive and deeply political. She left open questions instead of showing us all how God works. I attempted to communicate my disappointment and feeling of divisiveness because I really missed my community. I was essentially told via email to shut up and that my comments don’t matter and I really had never met her In person. I would be happy to share both our emails. I don’t have a side as this supposedly unbiased article does. What I have is an experience. And I for one completely left the Anglican community because it’s just not consistent with what I know of Gods love. It was Pastor Jills lack of acceptance and outright hostility to differences that drove me away. Our church was a great family That. had our share of differences that we overcame. It only happened because there was an acceptance of differences. Pastor Jill is a true believer of a single ideology and she uses the church pulpit to beat it over our heads. Not the way if Jesus. So sorry to lose family. But I can’t stay if the leader is abusive when she disagrees.

Subject: Re: Your service today

For me, saying someone should NOT be allowed to speak – whether LBGTQ or anti – LBGTQ is by its very nature an injustice and exclusionary not inclusionary.  Being open to “all people“ means just that.

What does it mean to be marginalized?

I have been excluded in so many ways in my lifetime and I know deeply how it  hurts— and I sense we share this. I felt this hurt again on Sunday and below when you used “the position and the beliefs of the Episcopal church” as a way to exclude – as was done to every woman and LGBQT not long ago.  From my perspective inclusion means being open to allowing everyone to speak and feeling good about my ability to hear. I would be a hypocrite is I did not allow this inclusion.

I don’t know the speaker or the issue and I don’t know you. I come to church for love and hope and the openness of God and what I heard was your anger and exclusion like everywhere around us these days. I guess I am just used to hearing a ministers with deep spiritual openness.  To me openness is important to be sure people feel safe.

BTW-  I did not share history to threaten you but to give you a heads up. Politics was church politics – we were deeply divided.

Most people have trouble approaching someone who is angry. I am one. I did express my concern but will not talk by phone as I don’t think doing so is safe – though thank you for the offer.  I think I may stay away for a awhile.

Thanks for reaching out. I hear your concerns that some people in the parish might have political views that are in conflict with what was said in the sermon, however the sermon – including anger about injustice, in this case a barrier being placed between the gospel and LGBTQ people – was a reflection on the scripture assigned for Sunday. Paul writes of removing barriers so that the gospel might be lived out and the good news of the gospel is about embracing all people, especially those marginalized by society. So my sermon wasn’t preaching any particular political position, it was preaching the gospel position and the beliefs of the Episcopal Church. If anyone finds that their personal political views seem to be in conflict with that, and then that is causing them to feel excluded, then hopefully they will want to have a conversation about that and explore that further. I would be glad to help anyone as they think through that and reconcile those things.

The way through that I shared was to think of what is God going to do with all this. And scripturally, that is what we are asked to do – to pray and keep our hearts and our faith in the fact that there will be transformation for our broken world.

I hope this helps and please be in touch if you’d like to talk further. Maybe zoom or phone would be better as so much is lost in email sometimes! But I would be glad to talk more if you want to.

We do not see anything inappropriate or abusive in Pastor Jill’s response, or her theology. Nor is there anger. There is no political partisanship. And Ginny certainly was not told to shut up.

We do note manipulation on Ginny’s part, including the triangulation of reciting “We were deeply divided.” Moreover, the bit about “not feeling safe” is ugly, unfair, and inappropriate. It also warrants an apology and public retraction.

In short, Ginny does have a side in this, even as she claims Anglican Watch’s coverage is biased. And Ginny’s side is ugly and dishonest.

Our hope is that Ginny will either move on with grace and kindness, or be a positive part of the Lombard Mennonite Peace Center Initiative. But in either case, Ginny and the rest of the dissidents need to approach these issues with integrity.

Or, to paraphrase Ginny, they need to follow the way of Jesus.

Max Lucado also teaches lessons on topics such as “Getting Rapture Ready” which clearly falls beneath the standards of academic credibility to which I would hope any Episcopal Church would adhere.

I had a private conversation with Pastor Jill in the interest of trying to work through some concerns and feelings directly with my pastor. Is it common practice to publicly post private communications with a pastor on the internet? If so then I guess I can see why people in this conversation Can’t converse. The point of my email to Pastor Jill was to try to open a door. I don’t have a side though apparently have been put on one. I am in fact in favor of resolution because what’s lost here is a really close family. There is so much Heartfelt hurt and loss. So sad we can’t all respect each other and live in peace. Prayers to all who have lost the ability to truly hear.

Lying and claiming you were told to shut up? Saying you didn’t feel safe? It’s Lent. Have fun with that repentance thing.

Virginia Bartlett,
I’m trying to interpret your statements in the best light I can. Since I have recently been the “dissenting voice” in a church dispute involving poor governance practices that forced me to resign as Treasurer of a prominent Episcopal church, I’m sympathetic to those who take unpopular positions. But I attended 98% of the services of my church, gave above the average pledge, attended 7-8 meetings a month, used my time off work for church work. And then I was literally cut-off mid-sentence by the Rector and told to “move forward” when I was asking him to discuss with employees the importance of good governance practices. I was NEVER offered a chance for further discussion after I resigned, nor a reconciliation process. it seems to me you are getting treated very well in comparison, particularly, for someone who isn’t even an active member of the parish. I would be thrilled if my church had offered these opportunities to me. I’ve asked the Rector to meet with me and discuss our differences and I have gotten no reply. I’ve given Vestry members the same chance. Nothing.

So I would definitely encourage you to take advantages of these opportunities.

Let me clarify, I resigned as “ Assistant Treasurer”.