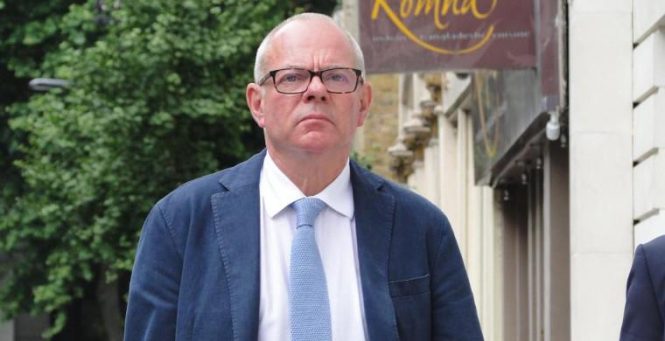 In 2017 Anglo-Catholic priest the Rev. Andrew L. Sloane was given a suspended sentence of 12 months for stealing £10,000 from parishioners at St. Paul’s Church, Knightsbridge in the Church of England’s Diocese of London. Sloane stole an additional £4,000 from parish funds, using the amounts to pay for male prostitutes. Known as the “Leather Curate” in the Episcopal Diocese of New York for his involvement in the BDSM community, Sloane was curate at the Church of St. Mary the Virgin, Times Square from 1981 to 1989. At “Smoky Mary’s” Sloane used the “Mission House” for Times Square prostitutes. Sloane was also rector of Grace Episcopal Church, Sheboygan, Wisconsin in the Episcopal Diocese of Fond du Lac. from 1989 to 1999. He was then rector of the conservative Anglo-Catholic church St. Paul’s, K Street in the Episcopal Diocese of Washington until 2013. He pleaded guilty to three counts of fraud by false representation and was required to make monetary restitution. It was only after the church realised £3,954.68 had been taken from collection money that an urgent parish meeting was convened and officials reviewed the CCTV which revealed Sloane had stolen the money from a safe at the property, the Sun reported. Sloane pressured parishioners to keep the matter private and badgered them to pay him sooner when they delayed transferring money to him. Sloane is a leader of the conservative Anglo-Catholic groups Confraternity of the Blessed Sacrament, Guild of All Souls, and Associates of the Sisterhood of the Holy Nativity.
https://www.dailymail.co.uk/news/article-4669474/Vicar-63-stole-14-500-heeled-parishioners.html
https://www.thesun.co.uk/news/3955272/randy-vicar-steals-14500-fund-sex-sessions-rent-boys/
https://virtueonline.org/former-washington-dc-priest-stole-parishioners-and-collection-plate-london