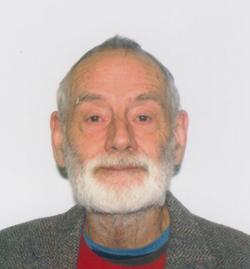 Episcopal priest James Patrick Morgan was sentenced in 2015 to ten years in prison for unlawful sexual contact with a female minor. Morgan is a Church Divinity School of the Pacific graduate in 1981. He was a US Navy chaplain from 1983 to 1996. Morgan was one of the first Episcopal priests to serve in Evangelical Lutheran Church in America congregations in the country at Trinity Lutheran Church in Stockholm, Maine  and Gustaf Adolph Lutheran Church in New Sweden, Maine. The Episcopal Church did not notify the ELCA about Morgan’s discipline for inappropriate sexual behavior at a Naval Academy wedding. He was a primary suspect in a church luncheon arsenic poisoning at Gustaf Adolph that killed two, but was acquitted after several years of investigation. Morgan transferred from the Episcopal Diocese of Maine to the Episcopal Diocese of the Rio Grande before his 2015 arrest.

Morgan’s second wife, a Canadian Anglican priest, wrote in a public essay that

“Jim made an indiscreet and inappropriate move toward one of the young girls in the church. It wasn’t an actionable approach, so the police weren’t called in. The girl reported it to my friend, and the pastor made sure that Jim wasn’t left alone with children in the church. In retrospect, we realized it was his first move toward grooming the girl toward an intimate relationship. What may seem like an innocent and flattering remark is often the beginning of the manipulation to bring a child under the control of a pedophile.”

There are allegedly two victims in the case, Irwin said Thursday, and both are children.

“The information that we have is that Morgan is a defrocked priest or minister,” said Irwin, although he was not certain of the denomination.

The chief said that over the course of the past few years, Morgan has traveled throughout the state and Canada, where he accompanied groups of children and teens on trips related to his religious activities.

Irwin said that based on the allegations and evidence that police have already recovered, there may be additional victims.