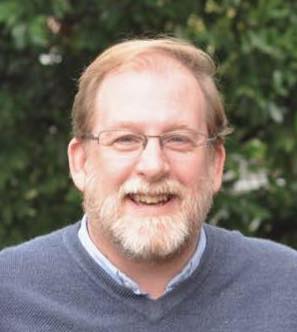 A priest in the Diocese of California has been barred from priestly ministries for four years over allegations that he misused more than $200,000 of his parish’s money over the past decade.

The Rev. Matthew Dutton-Gillett had served since 2009 as rector of Trinity Episcopal Church in Menlo Park, between San Francisco and San Jose. He is accused of spending church money on himself since 2011, which the congregation discovered in April and notified police. California Bishop Marc Andrus placed Dutton-Gillett on paid leave while the diocese hired Evidentia Consulting to conduct an investigation into the full extent of the priest’s spending.

“The money came from the parish’s operating account which comes directly from donated funds,” junior warden Steve Andrew told the Mercury News last month. “We are a volunteer charitable organization and we work completely on donations. We’re just so deeply saddened, shocked and surprised by the breach of trust between Matthew and the parish.”

The congregation officially removed him as rector on Sept. 4, and last week it turned over results of the consultant’s investigation to police, according to an Oct. 3 email to the diocese from Andrus.

Andrus, whose diocese encompasses the San Francisco Bay Area, also announced reaching an agreement with Dutton-Gillett regarding disciplinary action under Title IV of The Episcopal Church’s canons. Under the agreement, Dutton-Gillett’s ministry will be restricted under Andrus’ supervision, and he isn’t allowed to serve “in any church capacity that involves the management of funds.”

Dutton-Gillett also agreed to engage in “repentance, restitution and amendment of life,” including returning the money taken from Trinity Episcopal Church, Andrus said. He has paid back at least $52,000 so far, according to the Mercury News.

“At the end of those four years, taking into account his conduct during the period of restriction, I may remove him from the priesthood or modify, sustain or remove the restrictions on ministry,” Andrus said.

Dutton-Gillett, son of a United Church of Christ minister, was ordained as an Episcopal priest in 1992 in Ladue, Missouri. He later served in Sycamore, Illinois, and Farragut, Tennessee, before accepting the call to rector in Menlo Park, according to a biographical summary that has been removed from Trinity Episcopal Church’s website.

He called this “a painful time” for him and his family in a statement earlier this year to the Mercury News. “I have a deep love for the Trinity community, and they for me, and I know that this is painful for them, as well. I regret that deeply,” he said.

Despite his removal as rector, Dutton-Gillett was allowed to maintain his health insurance through the end of this year and temporarily remain living in the church’s rectory with his family. Those accommodations were made “out of concern for his family’s welfare,” Andrus said.

“I am grateful to the vestry of Trinity, Menlo Park, for its leadership during this difficult time, and especially to the parish’s priest-in-charge, the Rev. Thomas Traylor, for his steady and experienced guidance,” Andrus said. “Trinity is continuing its ministry as a Christ-centered community, committed to its mission in the community and hopeful about its future. I bid your prayers for the people of the parish, for Matthew, and for his family.”

Maybe there should be a separate category for the financial miscreants who are just following the famous lead of National Church treasurer Ellen Cooke https://www.washingtonpost.com/archive/politics/1996/07/11/episcopal-church-ex-treasurer-gets-5-years-for-embezzlement/1bac7ca0-7334-4ba0-bfd6-add28ba6baff/ and not “abusing” anyone spiritually, physically sexually etc.

It’s ironic that you should mention that. I ran into Ellen Cooke a few years ago and was just doing some research. The following address appears connected to her: https://www.zillow.com/homedetails/1524-Park-Ave-Richmond-VA-23220/12545720_zpid/

While I can’t be sure it’s currently her home without some more digging, not bad digs under the circumstances, I’d say.