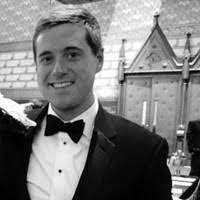 Editor: The last line of this article was changed to reflect that Dumas appears to have been employed with only one church while in Tennessee.

Brandon L. Dumas was organist and choirmaster at the Cathedral of the Incarnation, Garden City, New York (2011-2013, Diocese of Long Island), director of music at St. Stephen’s Episcopal Church, Richmond, Virginia (2013-2014, Diocese of Virginia), interim director of music at St. James Episcopal Cathedral (2015-2016, Diocese of Chicago), Director of the Memphis Boychoir (2016-2017), organist and choirmaster at St. John’s Episcopal Church, Memphis, Tennessee (2016-2017, Diocese of West Tennessee), and St. George’s Episcopal Church, Schenectady (2018, Diocese of Albany). He was arrested in New York for child pornography possession and distribution of 163 images and videos of boys between the ages of 4 and 15 engaged in sexual acts with adults, and production of scatological images of himself distributed to minors through Facebook. Dumas was hired at St. George’s, Schenectady after the September 26, 2017 FBI complaint regarding sexual exploitation of minors during his employment in Tennessee.

Here is the FBI complaint: