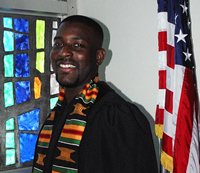 Earlier, we reported on the curious case of the Rev. Dr. Tommy Lee Watkins. In his case, the diocese of Alabama appears to be going hell for leather after Watkins in a Title IV case, even as it ignores allegations of child molestation involving the Rev. Stephen McWhorter. At the time, we asked both the diocese and Watkins’ attorney for comment, but have received no response.

That again raises the question: Why is McWhorter, being white, getting a pass on child molestation, while Watkins, black and openly gay, gets raked over the coals?

Given that Watkins is the only openly gay black priest in the diocese, it seems to us that there is a serious issue of structural racism at work.

We call on the Diocese of Alabama to treat all cases of misconduct, including non-sexual, equally, without regard to race, sexual orientation, or any other non-relevant criteria.

Diocese of Alabama, feel free to weigh in.