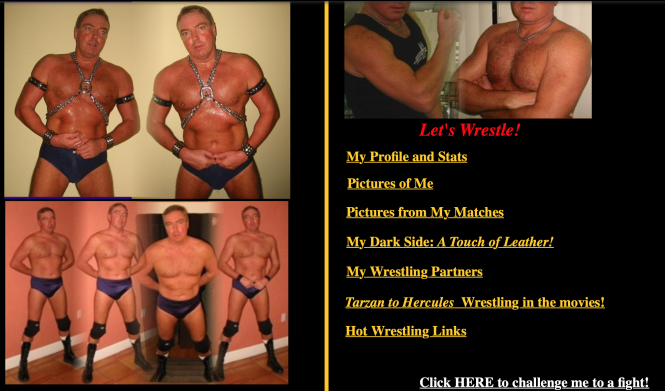 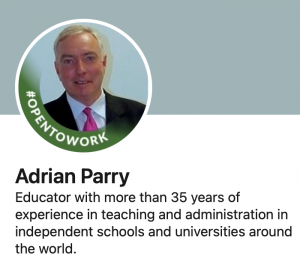 Episcopal high school chaplain, organist, and choirmaster Adrian Parry was removed from the priesthood by Bishop Leopold Frade in 2007 after students at Trinity Palmer Episcopal School in Miami discovered thousands of videos and photographs of him wrestling nude online with dozens of men in December 2006. Parry registered his wrestling pornography website in 2000 and was funded by the Episcopal Diocese of Southeast Florida for “mission work” at the Phuket resort in Thailand, a popular sex tourism destination. He sold DVDs and downloadable video of his sexual wrestling sessions for approximately six years while serving as chaplain and head of the Episcopal school’s humanities and history department.
“If you want to wrestle me, simply send me an e-mail,” Parry wrote on the site, which contained a disclaimer about adult content. “I can host … or travel to you. All serious challenges will be responded to. Let’s wrestle!”
Parry was ordained in the Church of England in 1984 after studying at the conservative Evangelical Wycliffe Hall. He taught at Anglican private schools in South Africa before becoming chaplain at St. Christopher’s Episcopal School in Richmond, Virginia, in the Diocese of Virginia. He was chaplain, history teacher, and chapel organist at Palmer Trinity Episcopal School from 1990 to 2006.  He was the founder and only member of the nonprofit St. Alban’s Episcopal Education Fund of Clearwater, Florida, established in 1998 and suspended from operations in 2002 for failure to file annual reports.
After his removal from the priesthood, Parry became an English teacher in Bangkok.
https://virtueonline.org/miami-fl-episcopal-chaplain-quits-after-appearing-gay-website

This past Sunday evening, we discovered that a faculty member apparently had been engaging in what, in our opinion, were inappropriate and unacceptable outside activities, considering his position at Palmer Trinity School. This discovery led to immediate action on our part. We met on Monday with the individual, who decided to immediately resign his faculty positions. He is no longer employed by Palmer Trinity.
We have no evidence that the individual ever engaged in any improper or inappropriate behavior involving anyone in the school community.

Palmer Trinity takes great pride in our institution, our students, their parents and our faculty. We shall continue to provide one of the best educations in the greater Miami community.

Not sure. I found some other sources, and it looks like the issue was less about his orientation and more about his likely pedophilia, as well as the profound lack of common sense.