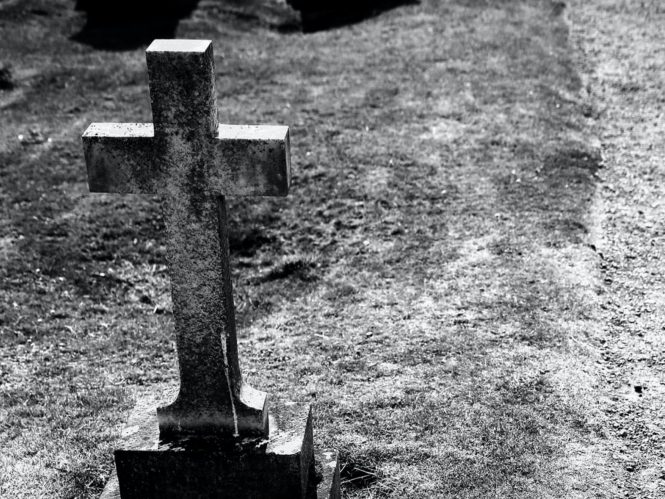 It’s hardly news that the Episcopal Church is dying. But what is news is the numbers in the recently released results of the annual parochial report.

Not because they confirm that the denomination is dying, but because they are so bad. Like Four Horsemen of the Apocalypse, rivers of blood, plagues of locusts bad.

Things begin with a dead giveaway, which is that the church decided to include qualitative/narrative data, otherwise known as BS, along with the numerical results.

That situation reminds me of  start-ups during the telecoms bubble.

The surest way to know that a company was about to go under was when they sent out a press release saying, “We are a viable, vibrant company.” Sure enough, within a week of the announcement the doors would close and THUD!, another start-up bit the dust.

And so it is with the Episcopal Church, which saw fit to publish “The Church is Not a Building: Observations and Insights from Narrative Responses to the 2020 Parochial Report.”

To be sure, the report raises some good points, including the notion that yes, change is okay. Yes, imagine that. The Episcopal Church admits change is okay. Speaking of the Four Horsemen….

Specifically, the problem isn’t with buildings. Indeed, the Episcopal Church has plenty of real estate. What it doesn’t have is people, and the ones it has it is fast losing and, far too often, running off.

Okay, now for the ugly.

One trend that’s particularly troubling is that the largest dioceses — like the Episcopal Diocese of Virginia — are doing damned little to improve things. Indeed, when Bishop Goff took over following the Shannon Johnston’s meltdown, she held listening sessions across the diocese, with a stated goal of moving to health and wholeness.

Yes, Goff managed to broker a ceasefire with the trustees of the funds, but otherwise it’s just business as usual. Clergy misconduct is ignored (with certain rather silly exceptions) while there is zero plan for the future. And the nominating committee for the next bishop diocesan is a joke, so don’t think for a minute things are going to get better any time soon.

That’s not to say that all dioceses are equally feckless. The Episcopal Diocese of Washington’s +Budde is showing some willingness to grapple with the tough issues, while Vermont’s Shannon MacVean-Brown, despite being late to the game, is taking a similar approach as she figures out what to do with a diocese that is imploding.

And there are two mildly positive notes:

But, keep in mind that the decline in ASA expressly excludes the pandemic shutdown. In other words, things were already a hot mess. And all it takes is a quick tour of some of the live-streaming services to realize that the pandemic piled on. Piled onto some already absolutely dreadful numbers.

And friends, I promise next year’s numbers, which will reflect the pandemic closure of much of the church, will be grim. Forget the Four Horseman, the frogs, the hordes of locusts and the rivers of blood. They’re so 2020. We just don’t have words adequate to fully describe the debacle that looms.

Nor I would it come as a surprise for the rate of decline to accelerate further. While the denomination still has plenty of cash, as that dwindles (and is wasted on foolish things, like an outdated church headquarters building), the church’s ability to plant churches, and to conduct in reach and out reach, will dwindle, further eroding its long-term prospects.

And Now for the Really Ugly

As if things weren’t bad enough, the numbers behind liturgical services during 2020 are enough to make even the most optimistic cringe and in true Episcopal fashion pour a very stiff martini. Maybe three.

And these numbers are particularly compelling, since the Episcopal Church is nothing if not liturgical.

Thus, roughly 8,000 more people were buried from the church than were received into it, even as many of the rest of us decided we’d had enough of the whole “loving, liberating, life-giving” routine and split, resulting in a total loss of 61,243 members.

These sorts of losses should themselves have alarms, sirens, klaxons, and bells going off at every level in the church. And it should tell the church that the same old, same old isn’t cutting it. But instead, the Episcopal News Service buried the news well down on the front page, when instead it should be a headline. And as of press time, the fast collapsing Episcopal Café can’t even be bothered

As Jeff Walton, a theologically conservative critic of the Episcopal church puts it:

Not admitting that change needs to happen, then doing nothing.

The Episcopal Church’s only hope is drastic change, now.

And as someone who has seen myriad examples of unethical conduct in the Episcopal Church, including bishops who refuse to investigate allegations of criminal conduct by clergy, who knowingly permit harassment of female employees, who turn a blind eye to bullying within the church, I say this: Change needs to start close to home.

As in right under their noses, and in their own offices.

And at standing committee meetings, vestry meetings, and more.

The Episcopal Church will not survive if its only role is to cling to outmoded structures and ways of doing things, while turning a blind eye to its own sexism, racism, transphobia, and exclusionary behavior. It must make a top-to-bottom effort to become the church it claims to be: Loving, liberating, life-giving.

As long as these are just PR babble, the church’s decline is going to continue.