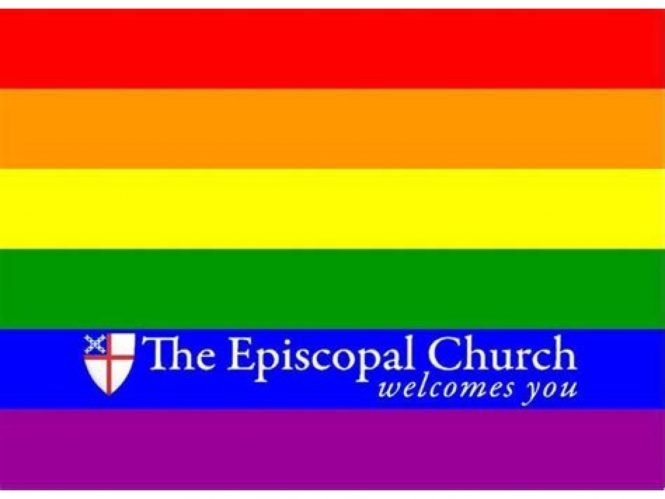 You have to hand it to the Episcopal Church: it may be a tiny denomination, but it generates heroic volumes of paper.  Mountains. Heaps. Rivers of paper. But buried deep within this year’s Blue Book are the results of a survey on abuse towards LGBTQ+ persons that is both alarming and appalling.

The study is part of an effort to expand safe church training. Rather than the currently required competency in sexual misconduct prevention and training for postulants, the measure’s proposed requirements are typical in their weasel-wording: postulants would be required to “form communities that understand and welcome diverse experiences of gender and sexuality, manifest safe and appropriate boundaries, and implement strategies to prevent sexual misconduct.”

In addition to being vague, there are two problems with this proposal:

To be sure, the survey is not scientific, for it asks people to self-report. Thus, it omits those who have not experienced abuse; we’ll explore the implications in a moment.

Just how bad is abuse within the church? Here’s what Charlotte Dalwood says in an article published on Religion Dispatches:

The survey also uncovered alarming rates of attempted assault, including attempted rape. Among cisgender LGB respondents 5.3%—25 individuals—disclosed being the targets of such misconduct, as compared to 2.4% of cisgender heterosexual respondents (a further 44 victims). The survey doesn’t break down the data on completed sexual assaults or rapes by victims’ sexual orientation. But in total, a staggering 3.5% of all respondents—86 individuals—identified themselves as being the victims of such violence in an Episcopal church (47 individuals), school (22 individuals), or workplace (17 individuals).

But things get really ugly when we look at non-binary and trans persons. Dalwood says:

Nearly 75% of Episcopal clergy who identify as such reported being the victims of sexual misconduct of some kind, as did 100% of those employed in non-ordained roles and 50% of congregation members.

The survey also found that transgender and non-binary respondents were victimized at higher rates than their cisgender counterparts across a range of inappropriate behaviours. To cite just one example: 39% disclosed inappropriate touching or closeness, compared to 27.2% of cisgender women and 16.4% of cisgender men.

Earlier, we touched on the fact that the survey is not scientific. But evidence in the data itself, and our experiences with the denomination itself, suggest that the abuse likely is under-reported, versus over-reported.

Here’s what the report says:

Clergy and employees particularly expressed fear that any report would be held against them, resulting in retaliation by the perpetrator, dismissal from the ordination process, removal from a church position, or being labeled as “problem clergy” by bishops and others in authority. The survey suggests that our current procedures are both lacking in protections, both short and long term, for victims and are still associated with practices of the past, where gender-based misconduct is ignored or excused or, in some cases, encouraged, while those victimized are discredited. Serious examination of the current misconduct process for clergy and laity for reporting gender-based harassment, misconduct, and violence is needed.

To reiterate: The current reporting process is profoundly flawed, and not just when it comes to gender-based misconduct. Indeed, Anglican Watch has heard of only one — just one — such complaint that was handled well.

But fear of retaliation isn’t the only thing blocking complaints of misconduct.

The denomination throws numerous hurdles in the path of those who would report misconduct. These hurdles include:

In short, the plethora of disincentives to reporting misconduct makes it likely that many simply choose not to report misconduct, either through official channels or via a survey.

Truthtelling: A Bridge to Nowhere

One of the proposals of the task force is the well-intentioned but useless idea that at some point the church will engage in truth-telling.

Why is it useless?

Leaving aside the church’s tendency towards meaningless Litanies of Repentance versus actual results, as proposed any “truthtelling” would simply cherrypick issues relating to gender.

That ignores the elephant in the room, which is the generic harassment and bullying that LGBTQ+ and non-cisgender individuals experience in the denomination. And it ignores the utter lack of recourse when abuse occurs.

The task force correctly notes that greater training of clergy and laity on these issues is needed. But the current Praesidium online training is, at best, a shallow dive, barely touching on serious issues.

And yet there is a risk in exploring these issues more deeply, which is the church’s tendency to glom onto transactional solutions. This tendency has been identified as one of the barriers to addressing structural racism and remains alive and well in the church. Book studies and other educational efforts are important, to be sure, but they do not replace meaningful action.

Consider: Parishes throughout the church are holding Building Beloved Community discussion circles. But how many of these parishes have actually advertised in publications serving marginalized communities? Or hired a van to bring those who lack access to transportation to church? Likely few, if any.

The Ugly Side of Inclusion

All of this points to an ugly reality. The Episcopal Church markets itself, often poorly, as an inclusive church. In doing so, it seeks to differentiate itself from the religious right and the attitudes of hate in many denominations.

But while this is a pretty label, the reality is that the denomination is far from inclusive in practice. The epidemic of abuse identified above illustrates that.

More significantly, the lack of recourse often results in victims of abuse leaving the church, never to return. This is well-documented, including by the recent Title IV task force.

Dalwood’s conclusion is well-put and an accurate depiction of the problems facing the Episcopal Church:

Here’s the problem. This [inclusive] brand image is at odds with the fact that LGBTQ+ Episcopalians experience sexual victimization in Episcopal spaces at consistently higher rates than their cisgender and heterosexual counterparts. So in order to preserve that image, reports of abuse need to go away—preferably quietly.

The result is a culture of silence in which survivors aren’t heard, their stories aren’t acted upon, and abusers remain in positions of power to abuse again. The sort of meaningful change that would actually protect LGBTQ+ Episcopalians never occurs because that would mean acknowledging, publicly, that The Episcopal Church has a systemic abuse crisis in the first place.

The denomination can say what it likes about being a bastion of inclusivity. The fact is, it’s not safe for LGBTQ+ people. And finding more elaborate ways of talking about the prevention of sexual misconduct isn’t about to change that.

Anglican Watch welcomes stories of misconduct, and believes that sharing these stories is an necessary step if the church is to become healthy. Readers who wish to do so are encouraged to send their stories to us using the contact form; we will provide confidentiality or anonymity if requested.

No surprises here. But the church’s claim of inclusion isn’t marketing. It’s more malevolent. It’s camoflage for layers of hate.