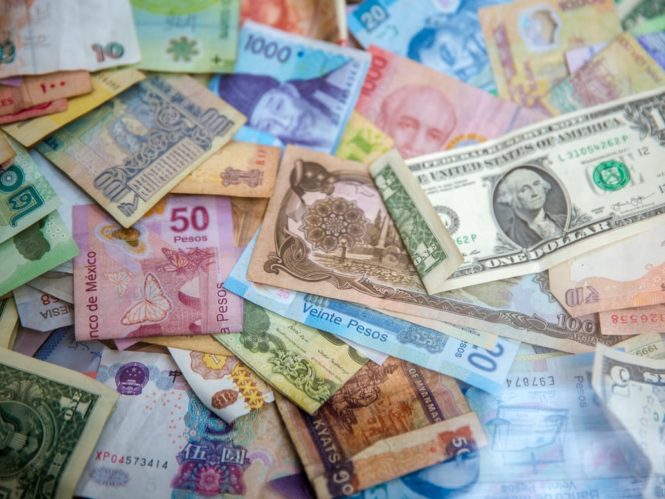 In a situation like that, no one can blame you if you don’t know exactly what you own. After all, investment portfolios shift by the minute, thanks to automated trading. And if you have multiple homes and have professional asset managers, you may not readily know all the details. (Although I’d be prepared to bet that Ms. Post, a savvy businessperson, had a pretty good idea what she owned.)

Now, imagine that you’ve got a decent income, a few million a year. But you have a lot of expenses, and your revenue has been falling for years. You’d probably be watching closely, and know down to the last dollar what your assets are, right?

My hope is that the answer to the latter is yes.

But when it comes to the Episcopal Diocese of Virginia, the response to the second question is a resounding no. Indeed, even now, after years of decline, the diocese has annual revenue of more than $5 million. Yet it has no idea what it owns, where those assets are, or the terms and conditions for use of those assets.

According to a recent executive board report to the upcoming diocesan convention, the Task Force on Diocesan Assets is working with the treasurer and historiographer “to identify the number, amount, origin, and directions for use or other restrictions for our assets.” 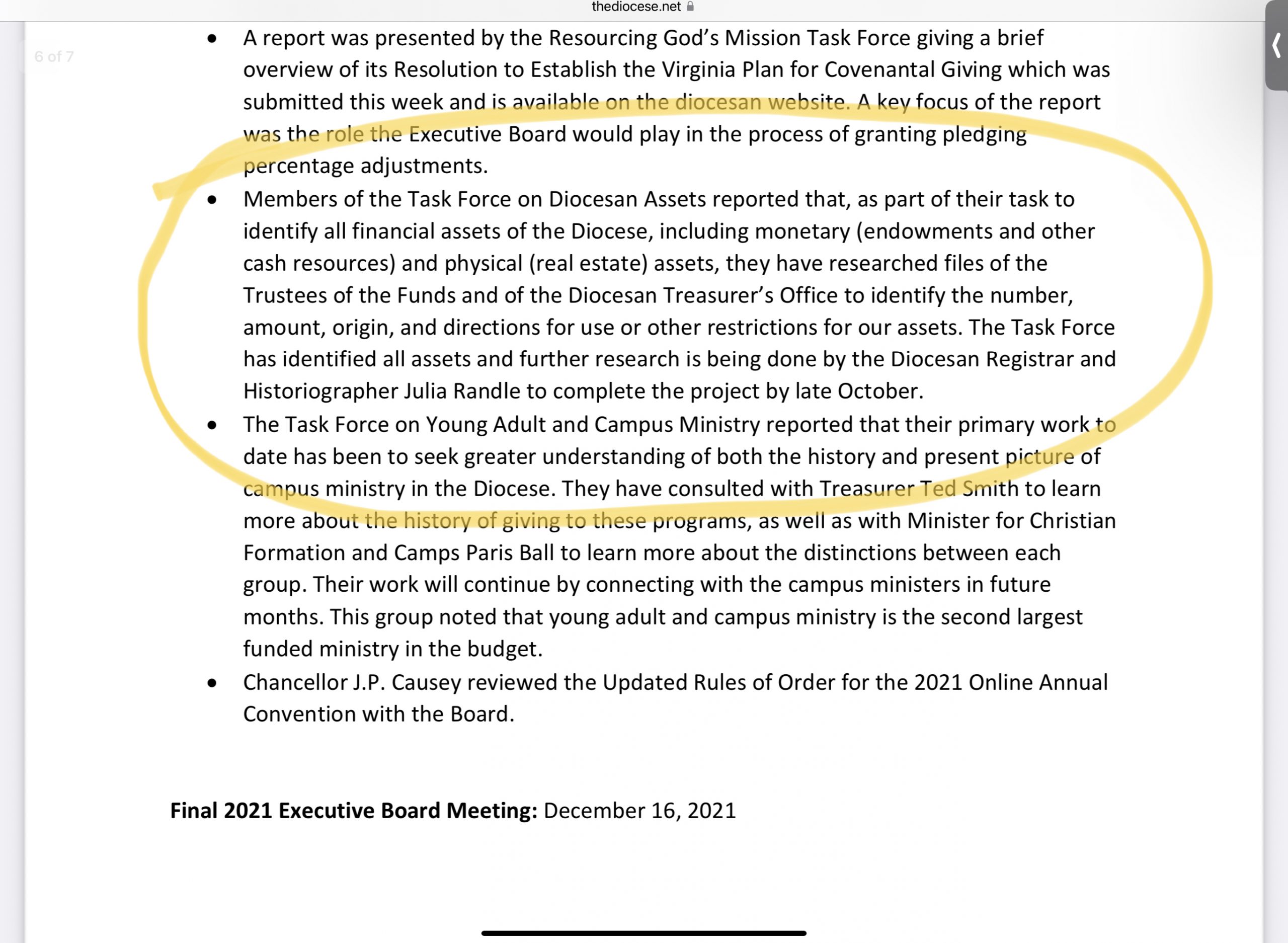 That’s right. The Episcopal Diocese of Virginia has no idea what it owns.

Right about now, you’re probably asking, “So what?”

But the fact that the diocese doesn’t know what it owns raises myriad other questions, none of them good. These include:

While this situation is alarming, in many ways it should come as no surprise.

After all, the diocese faces troubles of its own making on multiple fronts, including ethically, operationally, and even theologically. Whether it’s the diocese’s willingness to ignore its own canons, its mercurial approach towards clergy discipline, its lack of transparency, or its decision to shut down programs to prevent sexual misconduct, bad decisions and questionable ethics are more the norm that the exception for the diocese.

Indeed, one need only look to racial reconciliation to realize just how clueless the denomination is. This issue has been lingering around for decades, and the Episcopal Church only now decides to take it seriously?

As many of the applicants for positions within the diocese note, the next ten years will be pivotal for the diocese. But given the current state of affairs, the direction of the pivot may well not be good.