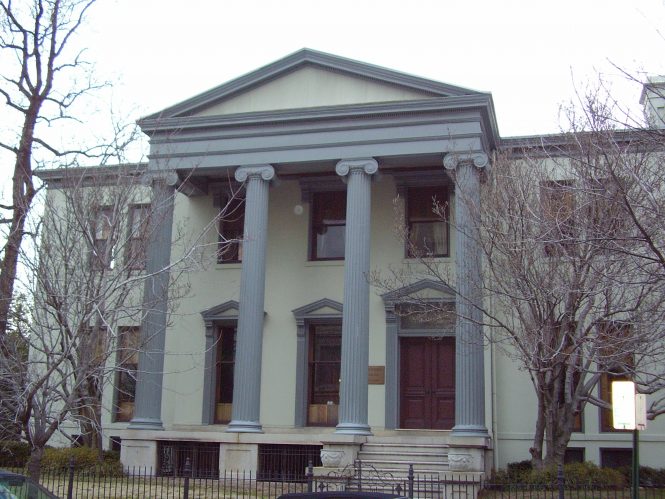 For some time, Anglican Watch has looked with growing angst at ongoing problems in the largest domestic diocese in the Episcopal Church, the Diocese of Virginia.

Recent conversations with members of the Standing Committee and other diocesan leaders paint a picture of a diocese in dire trouble, hobbled by ineffectual leadership, dismal governance, lack of direction, and de facto control by a handful of inept and often corrupt insiders.

Anglican Watch believes that if the diocese does not make a major course correction within the next two years, it may implode within 10 years. Indeed, things are so bad that it may collapse regardless of actions taken during that time.

Roots of the Problem

Roots of this problem extend far back, into the years of Bishop Lee’s leadership. During that time, several factors laid the groundwork for current problems in the diocese:

When Shannon Johnston was elected bishop, it was in large part because he was viewed as non-threatening to the ACNA crowd. And the latter had a point, for Johnston was nothing if not a two-faced narcissist, indifferent to matters not of interest to him.

Looming largest during Johnston’s tenure was the property recovery litigation. This effort, while ultimately successful, was distracting to the diocese and resulted in enormous expenses, which reduced money for mission.

During the litigation, diocesan chancellor Russ Pallmore died unexpectedly following cataract surgery. This led to the appointment by Johnston of J.P. Causey, a semi-retired corporate attorney.

Perhaps because of the property recovery litigation, Causey focused heavily on “protecting” the diocese and its bishops by repeatedly urging them violate church canons and not getting too involved in allegations of clergy misconduct. This advice, which continues to this day, has caused enormous pain and conflict within the diocese and generated ongoing adverse publicity.

These factors were compounded by Johnston’s feckless leadership, in which he largely ignored issues at Mayo House, even as he falsely proclaimed that the diocese was healthy.  This came to a head in the weeks prior to Johnston’s abrupt retirement, when the diocese announced that it was calling off the search for a bishop suffragan.

Accompanying this announcement was news that the Lombard Mennonite Peace Center (LMPC) was being brought in to troubleshoot internal problems at Mayo House—an organization he had announced was running on all cylinders just a few years earlier. Simultaneously, Johnston floated a trial balloon about retiring.

Not surprisingly, the one consistent message shared by diocesan staff with that  Johnston needed to go. The announcement of his retirement soon followed, accompanied by rumors of a generous separation package.

True to form, Johnston tried massaging the issue on his way out the door, while avoiding coming clean. A more honest, transparent person would have said, “Unfortunately, I have not served you well in an administrative capacity. Based on recommendations from our consultants, I have decided to resign and will work to ensure a smooth transition.”

But instead, Johnston first came out with statements about how the issue didn’t involve sexual misconduct. Then his comments shifted to what a great honor it was to serve, while ignoring the meltdown that had occurred on his watch.

Shortly after Johnston’s announcement, several changes were made at Mayo House, including appointment of a chief of staff. But many of Johnston’s cronies lingered on, including JP Causey and other loyalists.

The diocesan standing committee then announced a search for a bishop provisional, who would take a leadership role during an anticipated three-year transition period. Three finalists were identified, but all three declined to move forward, ostensibly on the basis that they didn’t want to move to Virginia for a three-year period.

Of course, that was nonsense, as a great many retired bishops are floating around. These range from the feckless, troubled, and unethical Chilton Knudsen, to the bishop who served as interim of St. Paul’s K Street, to the numerous retired bishops and those in transition across the country.

This decision was a mixed bag. Many like Goff, she has good presence, and few dispute that she means well. But she is not a strong leader, and she is surrounded by Johnston lackeys.

Goff got off to a good start, holding listening sessions across the diocese. During the sessions, many commented on issues involving conflict, lack of transparency, feelings of alienation, and more.

Goff responded by saying that she would release the results of the sessions, and provide regular updates and invitations to deeper dialogue.

But soon after, Goff was diagnosed with breast cancer, resulting in her largely disappearing from the public eye. Then COVID hit, resulting in the shutdown of much of the diocese. Possibly as a result, not much came of Goff’s promises, with almost all the communication from Mayo House being about the pandemic, or bland comments relating to the current time of the liturgical year.

Indeed, even as the pandemic slowed, the 2021 diocesan convention operated under a slogan of “Broken Wide Open.” In that context, Goff made the following comments in her address to the convention:

“We recognize how we have been broken open by the power of the Holy Spirit that moves in us.” There is “hope in this brokenness…We are no longer the Church we were before the pandemic. The Church has been changed. Each worship community is changed. We can’t go back to the way things were before, because we’re already different. Even if we could, we shouldn’t go back to when we were comfortable, because God is always calling us to go deeper and wider, to go beyond our comfort zones and into the world that is so in need of God’s love.”

Hearing those remarks, there’s a powerful sense of cognitive dissonance. First, things have been far from comfortable for the diocese in recent years, with the rate of decline accelerating. So Goff’s reference to going back to when things were comfortable is, at best, odd.

As to where things are now, nothing has changed except for less revenue and reduced Sunday attendance. Yes, there’s some tinkering around the edges, but nothing transformative. Nothing.

For many, the reopening of churches across the diocese and the launch of the discernment process in the run-up to the election of a bishop diocesan spelled hope for the future. But those hopes were seemingly dashed when the diocesan nominating committee came forward with a slate of four boring, straight white men. So much for broken wide open.

Efforts were made to bring forth additional names, including via nominations directly to the standing committee and via suspension of the rules of order at the special convention tasked with the election.

The standing committee, ever risk adverse, declined to add names to the ballot. Similarly, the motion to suspend the rules of order and nominate assisting Bishop Jennifer Brooke-Davidson failed in a floor vote.

None of this was surprising, as the nominations committee, while diverse, was widely regarded as a series of “desperation hires,” despite being all-volunteer.

Even Susan Goff, often oblivious to larger issues, tacitly acknowledged the problems in a message to the diocese, in which she issued a tactful but pointed call to prayer and change.

Where are We Now?

On the second round of voting, the Rev. Canon Mark Stevenson, a member of the presiding bishop’s staff, won by a majority of votes, with much wider margins among clergy delegates than lay delegates. Hmmm.

Subsequently, we have seen the predictable congratulatory comments by the diocese and Stevenson.

Unfortunately, it will be a long transition period before Stevenson is consecrated a bishop on December 3, tellingly at a baptist church in the Richmond area. This despite the fact that numerous venues in the area could hold the requisite number, including the Washington National Cathedral in DC. Nor does it appear that St. Paul’s is affirming.

And while Stevenson is widely regarded as a shrewd insider, and thus is not likely to tip his hand early in the game, there is a larger point in all of this.

That point is that the last thing the diocese needs is an insider—it needs an outsider. A woman of color. A lesbian. An indigenous person. Anything but a boring straight white guy from church headquarters.

Nor do we see signs that Stevenson has the backbone to address problems in the diocese. He no doubt is a capable program administrator, and he’s politically savvy enough to survive the cesspool that is 815, or church headquarters.

Meanwhile, the diocese continues to:

And still, the inner circle of the Johnston years, including diocesan chancellor J.P. Causey, continue to hold power in the diocese. Nor do we see any sign that the diocese and its so-called leadership understand the dire mess that is the diocese. Indeed, far too many see no further than next Sunday’s holy eucharist.

As a result, Anglican Watch sees next to no possibility that the mess that is the Episcopal Diocese of Virginia will improve.

To Canon Stevenson, we say this: Prove us wrong.

Anglican Watch thanks the many persons who provided information for this article.

Good article. Stevenson probably won’t be the last bishop of Virginia, but he is definitely one of the last. We’ve reached the point of no return and still no one gives a damn.