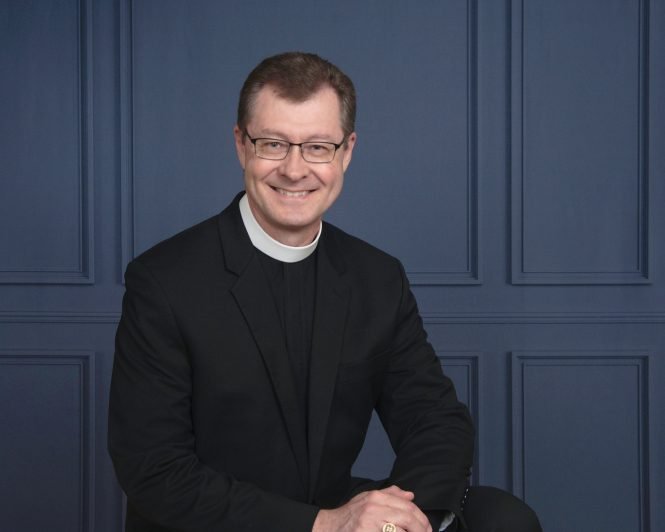 LGBTQ advocates have announced their opposition to plans to hold the consecration of The Rev. Canon E. Mark Stevenson at The Saint Paul’s Baptist Church, located in Henrico, Virginia.

The event, set for December 3, 2022 at 11 a.m., will include multiple Episcopal bishops, dignitaries, and church members. During the service, Episcopal bishops will continue the ancient tradition of the laying on of hands, key to the concept of apostolic succession. This notion reflects the idea that the ministry of the church extends in an unbroken line to the original apostles.

Stevenson was elected 14th bishop of the Episcopal Diocese of Virginia on June 4 during a special convention held in Alexandria, Virginia. He was one of four, all male, cisgender candidates who completed the nominating process, including a background check.

Per church canons, the majority of bishops and diocesan standing committees must approve the election.

“Now, with marriage equality in danger, it is insensitive, flat-footed, and counter to the Episcopal Church’s stated mission of inclusion for all persons to hold the consecration in any forum unwilling to marry same-sex persons. Additionally, it sends an appalling message to the community about the role of LGBT persons in the church.

“We recognize that St. Paul’s is not expressly homophobic. But neither is it expressly affirming, and the church website expressly references marriage as being between husband and wife.

“With the National Cathedral located nearby, as well as numerous hotels, arenas, and other explicitly welcoming forums, it is incomprehensible that the Episcopal Diocese of Virginia, the national church, and Stevenson himself think St. Paul’s is an acceptable venue.

“ESN calls on all LGBT persons, their friends and allies, and those who support marriage equality to demand that the diocese and Stevenson apologize immediately and select an appropriate that is expressly affirming of marriage equality,” Korn concluded.