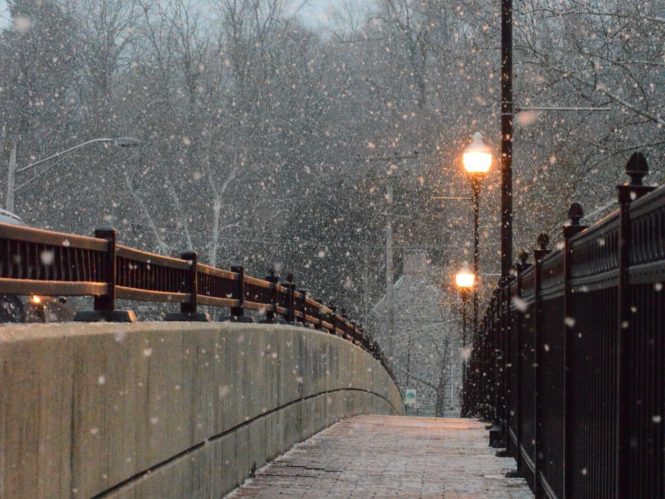 Today’s post is a personal one, in which I reflect on COVID, loss and the holidays. Specifically, I hope to offer some insights that may be useful to others who are dealing with loss this holiday season.

To be sure, the topic is hardly new. Nor do I have any insights that haven’t been offered elsewhere.

But perhaps in a year that has been marked by loss for so many, my observations might be of some help to those dealing with loss.

The past two years have been profoundly difficult for me. Just as the pandemic was starting I lost my mother and my grandmother, just 20 days apart. Both had been in hospice, suffering lengthy final illnesses.

Over the following months, two more family members, both in hospice, died.

The wave of grief was staggering, coming as it did in the midst of the pandemic and so many other challenges. And it seemed so improbable to have not one, not two, but four family members in hospice simultaneously.

Death and the Holidays

For me, the loss of my mother and grandmother also had strong emotional ties to Christmas. Both Mom and my grandmother died shortly after Christmas — poignant timing, as my grandmother hosted Christmas for more than 40 years for the extended family.

Those were special Christmases, marked by the entire family coming in from far and wide. Countless family friends joined in as well, and a house with 20 or more people, gathered around a blazing fireplace, wasn’t unusual.

Additionally, being German, my grandmother celebrated Christmas was a Teutonic lavishness that, as a child, was nothing short of magic. Mountains of presents and food, candles, music, Christmas lights everywhere, and priceless ornaments she had painstaking brought back from the Nuremberg Christkindlesmarkt over the years made for a glorious celebration.

Thus, Christmas in my mind is strongly connected with my grandmother, and brings back bittersweet memories of Christmases with family members no longer living.

In the case of my mother, she outlived her own mother by just 20 days. And while my grandmother lived well into her 90’s, as has almost everyone in her family, Mom’s death was premature, brought about by a lifetime of smoking and other poor lifestyle choices. Thus, had Mom not smoked, we probably would have had another 15 years together before failing memory would have intervened and separated us.

As to the two other family members, I was not close to either, and they were related to me by marriage. Still, the suffering of their final illnesses, and the loss in my extended family, sat like a cold, grey pall over things, adding to my sense of isolation and loss.

And while I didn’t realize it at first, COVID-19 added to my misery, compounding things exponentially.

There were several factors behind this. One was the torrent of bad news, which just seemed to pile on, day after day. Indeed, the news sometimes reminded me of the Viet Nam body count — cold, impersonal, devoid of human meaning, oblivious to the underlying suffering.

Another was the loss that many friends suffered, losing loved ones under horrific circumstances.  Still another was friends getting desperately sick, often through no fault of their own.

Most significant was my awareness of how much suffering was going on in the world at large. Even when the death count was comparatively low at 200,000 deaths, the extent of suffering and loss was overwhelming. Every one of those persons were someone’s son or daughter, had people they loved, and people who loved them. Yet the end came silently, impersonally, in the sterile chill of ICU rooms, far too often alone. And many friends are health care workers, already stretched to the breaking point by the endless deaths, hostile family members, and frustration with the politicization of a basic health care issue.

Over time, I also realized that too much attention to the news could produce what almost amounts to a low-grade form of PTSD.

Much like those who were glued to their television sets post 9/11, unable to look away from the horrifying scenes of death and destruction, my efforts to learn as much as I could about the pandemic were simultaneously both mesmerizing and repugnant. The result was a high level of inchoate sadness and anxiety, which had crept up on me silently, without warning, and at first with little recognition.

Adding to my situation was the breakdown of normal support systems.

While I have few close friends, I am lucky to enjoy a wide variety of work friends, outgoing neighbors, and others with whom I have connections. This includes the countless individuals who provided Mom with love and care in her final days, as well as the many families of those Mom cared for as a nurse in a cancer unit prior to her retirement. Many of these families have kept in touch over the years, and I am honored to be part of their lives.

But with COVID, many of these support systems came apart. Unable to see family, friends and neighbors in person, we now keep in touch via text message, email, and postcards. But it’s not the same, and it’s hard to open up about my losses, when so many are dealing with their own COVID-related deaths.

Ironically, it was in this area that things began to get better for me. A neighbor and friend of mine died suddenly, far too young, at home, and I wound up hearing from many friends and neighbors as we tried to figure out why this person had gone missing. Learning that she had died unexpectedly in her sleep was painful, but contact from so many people reminded me that we are all in this together. And regardless of one’s faith beliefs — or lack thereof — we share a common connection that is all too often overlooked.

Things further improved when, shortly before Christmas, I wound up unexpectedly in the emergency room, dealing with unexpected and life-threatening issues. The result was unplanned downtime, which allowed me time to reflect on things.

First was that those magic Christmases represented huge investments of time, labor and cash. As a child, they were just part of the fabric of life, and I enjoyed them without further thought. But I realize now the tremendous love that went into making them a reality. Indeed, part of me cringes a little when I realize just how much time and money went into these extravaganzas.

Second was a simple realization, which is that my grandmother, and all those who were part of those glorious holidays of yesteryear, would never have gone to all the time and trouble if they had imagined that later in life the holidays would cause so much pain.

Thus, I came to separate my thoughts of past Christmases from my feelings of loss. Those beautiful Christmases are a gift to be treasured, not something to be mourned, and it is important not to casually throw away that gift.

Another thing that happened for me during the holidays was that I became more thoughtful in my views towards death.

In the case of my grandmother, as she moved through her 90’s and became increasingly frail, she was angry that death had not come sooner. Indeed, on Christmas Eve 2016, her last in her own home, she had croaked angrily when I put her to bed, “Why does it take so damned long to die?”

Her question eventually underscored another truth for me, which is that for many, death comes not as an enemy, but as a friend. In those cases, death is the welcome reward of a life well lived, and it is selfish to mourn something so ardently desired, particularly when the alternative is one of misery, depression, and pain. Indeed, death is the final stage of life, and should not be begrudged to those who have earned it.

As to Mom, her loss is harder to accept, for it was the result of decades of poor decisions on her part.

And much like my grandmother, the last thing Mom would have wanted was for me to be unhappy. So while her memorial service still has not been held due to COVID, the most fitting memorial to her is a life well lived. And she and her mother were never ones to wallow in self-pity, so they would have urged others to keep on going.

I’m also reminded that both Mom and my grandmother enjoyed wide circles of loyal friends. That was the case even when, in her later years, they perhaps didn’t hold up their end of the friendship very well.

In Mom’s  case, literally dozens of families of patients Mom cared for in the course of her nursing career have kept in touch. That’s rewarding, as I know Mom welcomed many into her home, even years after they lost loved ones, offering food, drink, a place to hang out, and a sympathetic ear. Indeed, her love of others didn’t end when she went home for the day, or even with her retirement. It continued until the very end, and even beyond, with her hospice aides discovering that she had left cash and a written thank you for each of them.

It was this understanding of just how inter-connected we are that really helped. Rather than sitting around feeling bad for myself, I’m trying to care instead for others. Both Mom and my grandmother would have approved—as the latter was fond of saying, “If you can’t do anything about it, why worry?”

To be clear, the holiday season hasn’t been easy. But it’s much better now that I have moved past raw grief to a deeper understanding of my situation.

If you are dealing with loss this holiday, there are numerous resources available, from so-called Blue Christmas services in many churches, to online resources, and more. It’s also important to remember that loss need not be recent to be painful during the holidays.

But no matter what, and however you choose to respond to your grief, just know we’re all in this together.

Thank you for this. It was moving and, as usual, impeccably organized and a joy to read.

I did not know you had a recent personal health scare. Always a little extra scary for people like you who care about others and try to “be there” for them. I’ve had my own bouts of grief and loss this year, but have a super-strong, sober, intelligent support network that, interestingly and for the first time that I can remember, does NOT include any active clergy from any church or denomination, so the trappings and typical associations of church or “churchianity” as I call it, just aren’t part of my life anymore. Not my decision, and not even deliberate. A total coincidence… unplanned and unanticipated. It’s just how things are shaking out in the new world we live in.

I VERY much identified with your experiences with grief and death and how we can go more than one way with it. To paraphrase you, we can either wallow in self-pity, or keep on going. And if we keep on going, we can’t just mark time. Finding meaning, even when no meaning is readily apparent, is so important — as you illustrate in your “Turning Things Around” section, where you touched on how the same thing can either be treasured and saved, or mourned, or discarded. I have good and bad Christmas memories, like most people. I try to focus on the good ones, cherish each day and make each day a mini-Christmas — because we don’t really know how long we have. Part of that is recognizing the gifts I have, which are often people and my interactions with them, like the ones I have with you whenever I stop and visit your page.

Thanks for your literary holiday gift! It meant a lot to me! Best to you in ’22!

Thanks John. Happy New Year’s to you and yours.