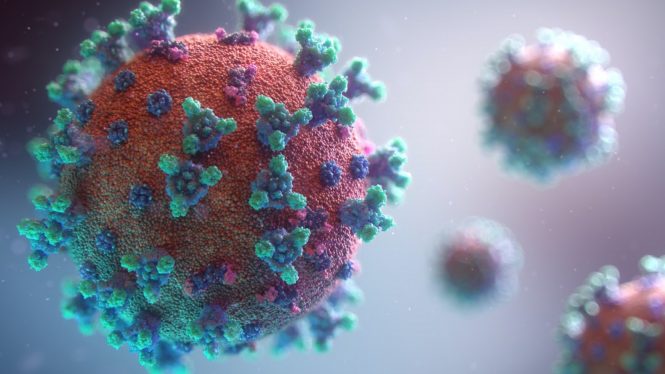 It’s been said of the US and its allies that we are well-prepared for war. The problem is that it’s always the last war that we’re prepared to fight.

While I have no opinion on the accuracy of that conclusion, one thing is clear: When it comes to COVID, Episcopal churches are fighting the last war.

Before we go further, it’s important to have some context on the Omicron variant. Specifically, Omicron is so new that we know relatively little about it. That includes whether being outdoors is safer, what long-haul COVID looks like, whether cloth masks work, and how dangerous it is for various cohorts.

In fact, we are weeks away from even reliable initial observations, and months away accurate from long-term observations.

And with more than 30 major mutations to the virus, it’s hard to extrapolate from past data.

Mutations and the Flu

Compounding the situation is that Omicron continues to mutate. This may include having picked up parts of the common cold virus. There is also the very real possibility that Delta and Omicron could exchange genetic material to form a super variant.

There’s also the possibility of co-infection. This might include coming down with the Delta and Omicron variants simultaneously, which would help the various strains exchange genetics. Or one could be infected with the flu — highly likely, given that the prevalent strain does not match this year’s vaccine — which could exacerbate the underlying illness and result in further mutations.

All of which is a long way of saying that it’s a dangerous proposition to just assume that we all are going to get Omicron at some point, and that, when we do, the infection will be innocuous. We simply don’t know, and there are too many variables to predict with accuracy.

Of course, the best way to mitigate the risk of Omicron is to encourage people to stay home. No outdoor services, no masked indoor services. Just live-streaming.

Unfortunately, many churches now lack the will to make those difficult decisions, dragging their feet to make sure they got in their beloved Christmas services.

Others are opting for outdoor services with masks. Still others have made almost no changes, instead making token concessions, like no laying on of hands.

The problem, however, is that the measures taken to prevent Delta do not work with Omicron. For example, the cloth masks many use are almost useless in the face of Omicron. Surgical grade masks aren’t much better, with some studies showing they do little to protect the wearer.

Similarly, while social distancing is better than nothing, by itself it does not prevent transmission.

Compounding matters, Omicron can spread through just a momentary contact, including a loose mask, having a mask off momentarily, or entering an elevator in which someone has coughed.

Where Does that Leave Churches?

The Episcopal Church (TEC) is particularly at risk during the pandemic due to its being much older than the population at large, with 35% of Episcopalians age 65 or older, compared with 18% of U.S. adults.

There also are signs that the episcopacy has had to intervene in those areas in which TEC is adopting risk mitigation tactics. In Virginia, for example, most parishes only took action after a message from bishop Susan Goff to diocesan clergy. Even then, some churches, including St. Paul’s Alexandria, are largely ignoring the explosive growth of the pandemic.

In other dioceses, like Massachusetts, the diocese has largely taken a pass on any leadership role in confronting the pandemic. Similarly, Los Angeles has done little to address Omicron.

And to the extent that TEC churches have children, either as parishioners or participants in church schools, it’s important to remember that many still can’t be vaccinated. That’s troubling, as hospitalizations for children have reached record levels, having grown 66 percent in the last week alone.

Nor is it true that people are not dying from COVID. While the numbers are much reduced from the height of Delta, yesterday alone 162 people died nationwide (it was a relatively low day for COVID deaths).

Tellingly, predominantly African-American churches are much more reluctant to reopen, with some attributing their caution to the fact that African-Americans are twice as likely to die of COVID as whites.

In other words, TEC is doing too little, too late, too reluctantly to address Omicron. It talks about loving thy neighbor, even as it does everything possible to avoid turning the talk into practice.

The bottom line is this:

Episcopal churches that insist on holding in-person services during the surge are not only doing themselves and their members a great disservice. They are placing organists and others who must be present at risk, exposing their community to increased risk, and demonstrating white privilege. Indeed, Episcopalians have no idea how entitled and arrogant they sound when they bemoan the fact that they can’t hold in-person services, even as black churches all too often fear re-opening.

In short, indulging the narcissistic preferences of members is not a recipe for long-term success. Such churches would be better served by developing innovative, compelling streamed services.