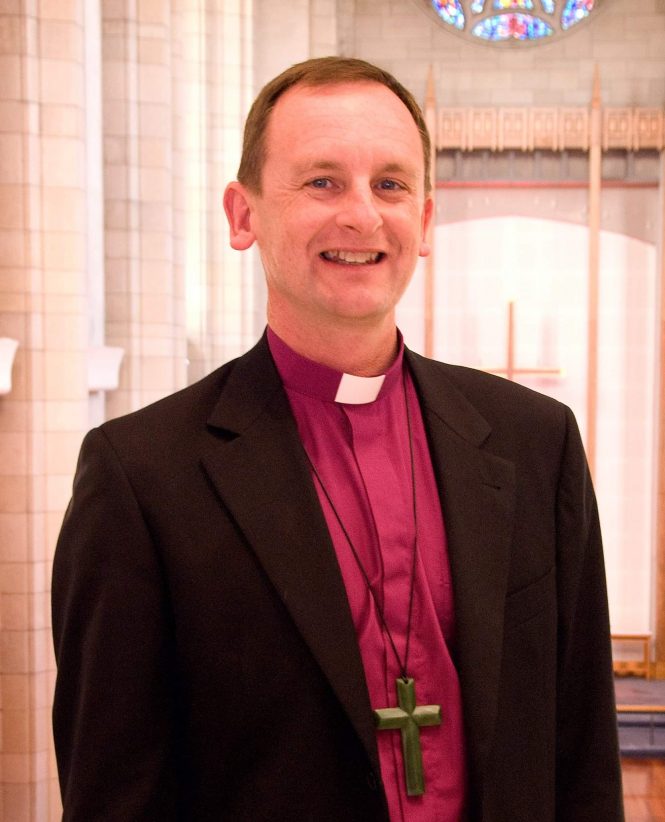 Imagine you’re a police officer in a small town. Crime’s far from rampant, but most nights you get dispatched on several calls.

Depending on the weather or local events, you might have times when you don’t get a lot of calls. Maybe you even go a day or two sometimes with no calls.

But if you didn’t get any calls for more than a day or so, you’d quickly wonder what on earth is going on, right?

And at a week, you’d know for sure you had a problem on your hands.

Those are the sorts of questions that come to mind in light of the recent news that the Anglican Diocese of Auckland’s abuse hotline has been out. Not just for a few days. Apparently, for several years. And yet supposedly no one noticed.

Can You Hear Me Now?

On Thursday, Bishop of Auckland Ross Bay was questioned about the Church’s confidential phone line for raising any concerns or complaints, especially relating to claims of abuse.

He explained that when someone phoned the line it would be answered by a senior staff member, who would pass a note to himself to be actioned.

“Are you confident that if you dialled that number now you would get the diocesan manager?” Inquiry counsel Katherine Anderson asked.

“I just want to test that, because would it surprise you to know when we have dialled that number it goes through to a number unobtainable?” said Anderson.

She asked Bay to take out his phone, dial the number, and put it on loudspeaker so the Royal Commission – being livestreamed – could hear.

“The number you have dialled is not currently allocated to a phone,” a recorded message said.

“I can only express I am highly embarrassed by that,” said Bay.

“It is of concern somebody seeking to reach out might receive that as their initial response,” Anderson said.

Bay said he agreed he didn’t know how long it had not been connected, and that they needed to improve their processes.

“There’s no question that one of the issues that we have recognised we need to address across the church as a whole is consistency of approach and redress.”

Anglican Watch reached out to the diocese for comment, and received the following statement from the diocese:

A change in telephone systems from analog to digital had led to this number dropping out of the system. Landline calls to the Diocesan Manager normally come through the main switchboard with the direct dial number not being well known. This phone systems failure had not been picked up.

As the advertised number for phone contact to initiate complaints, Bishop Ross is highly embarrassed that this occurred and apologises to survivors who may have attempted to use this number to contact us. A new poster with a corrected phone number is being sent to parishes today.

As to how long ago the phone system was changed out, the timeline is not clear, but sources in the diocese suggest it’s been several years.

While there seems little doubt that Bay and the diocese are serious about addressing abuse, we also need to keep in mind the larger context.

Specifically abuse of any sort, not just sexual, is — or should be — a high priority for all organizations, but particularly for churches. Just like payroll, covering utilities, and other essentials, this is something that just needs to be addressed. Not when convenient. Not as a luxury. It should be an issue at top of mind in all diocesan activities and programs.

But in the case of the diocese, clearly this was an afterthought. Years of no complaints? That in itself should have sounded alarm bells, if not to the bishop then to staff, diocesan leaders or other officials. Someone, somewhere, somehow….

The situation also sends a really ugly message to those hurt by the church. Yes, paper for the photocopier needs to be ordered every few weeks, or there won’t be bulletins and other publications. But survivors of abuse? We haven’t heard from any in a while. Guess all’s well. And the fact that the bishop was confident that the phone would be answered, but had never checked, speaks volumes about the larger context for abuse in the church and the priority the church assigns to these issues.

In short, this situation is a damning indictment of the church’s priorities. And not just for the Diocese of Auckland, but for the church as a whole, for we suspect that this could and would happen in any of countless dioceses across the Anglican Communion. And it underscores a recurring theme in Anglicanism — a lack of accountability or urgency.

Indeed, in the wake of the Heather Cook debacle, the obligatory report from denominational headquarters that comes out every 10 years, and has done so since the 1970’s, came out about impairment, lack of urgency, and lack of accountability. As a result, dioceses nationwide announced that changes to their alcohol policies were forthcoming. That was exactly right — it’s just that here in the Diocese of Virginia, it took more than four years to see changes that took probably ten minutes to draft. So much for urgency and accountability. Lather, rinse, repeat.

Let’s just hope that all involved ponder the implications of this small but unpleasant situation and improve their response to those hurt by the church. This really is appalling.