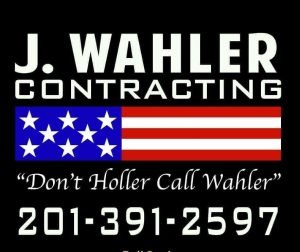 One of the manipulative and abusive tactics of the St. Paul’s Montvale protesters has been gaslighting, including claiming that they didn’t do things that they clearly did do. Additionally, they like to threaten people, including this publication, with lawsuits, criminal charges, and more.

But even a cursory review of police records in the matter reveals, inter alia, that someone purporting to be Joseph Wahler has referred to St. Paul’s priest Jill Williams as a “radical fat unhappy LGBTQ bitch.” This is reflected in the social media posts located on page 19 of the included PDF. Note that the document was redacted by the Montvale police department, but has not been redacted or otherwise altered following receipt by Anglican Watch.

For the record, Joseph Wahler appears to be the owner of J Wahler Contracting, located in Montvale. Indeed, looking closely at his postings, he includes a reference to his business in his profile photo.  So we have no issue with publicizing his views and letting the chips fall where they may.

In his posting, Wahler urges people to attend the Catholic church. Yet he ignores the Catholic catechism, which teaches that “LGBT people are to be treated with respect, compassion and sensitivity. Every sign of unjust discrimination in their regard should be avoided.”

Also telling are the facially illogical comments in Wahler’s post. He decries cancel culture, even as he urges people to do a little canceling of their own, leave St. Paul’s, and head to the Roman church.

Wahler’s comments are ugly, hateful, divisive and contrary to any notion of Christianity. Those who support Wahler, including Steve and Dawn Hopper, Beth Harris Abrahamson, Anne Bosch, and others, are equally culpable.

As to those like Ginny Bartlett, who claim that they are not taking sides, there is no such thing in the teachings of Jesus. Indeed,  if there is anything to be learned from the Easter story, it is the evil and betrayal that occurs when organizations, groups of people, and bystanders act like Pontius Pilate and wash their hands of personal responsibility for injustice and oppression.

We also note that several protestors claim that none of their group have engaged in this behavior. As to that claim, we let Wahler’s comments speak for themselves.

Similarly, far too many Christians passively act like sheep, accepting the ugly rhetoric of a popular and charismatic leader. When this happens, abusive groups close ranks, pull a DARVO (look it up), and claim that the truthteller is evil, a liar, mentally ill, LGBT, or whatever other label they choose to dehumanize their victim.

In short, that is exactly what Joseph Wahler is doing—trying to use ugly labels and rhetoric to dehumanize his victims. In doing so, his actions reflect badly not on St. Paul’s, nor on Jill Williams, nor on the church’s vestry. They reflect badly on this group of fake Christians and the haters who surround them.

Nor should possibly well-intentioned people like Montvale Mayor Mike Ghassali be offering hot chocolate or other aid and comfort to haters. While we note that most Episcopal churches are really bad at dealing with peaceful protestors and do childish things like flip protestors off, threaten them, or call the police, there is no need to welcome protesters when behavior that crosses the line like this.

Anglican Watch calls on Wahler and the dissidents to repudiate these comments in writing. There is no excuse for such comments, ever. Full stop.

Further, we call on all persons of faith to reject every form of hatred and oppression, including anti-LGBTQ rhetoric. In doing so, we ask persons in the Montvale area to boycott Joseph Wahler’s business. No one should knowingly fund hate.

We also have provided copies of the police report to Catholic officials in the area and hope they will publicly reject Wahler’s vicious, ugly comments. 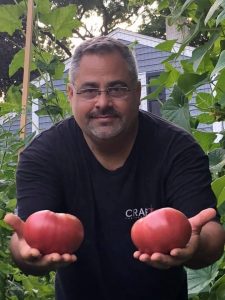 And if you are thinking of moving to Montvale, or using the services of a business based in the area, choose wisely. There are some really hateful, ugly people living there.

We approved your comment and welcome your thoughts. Please respect that and avoid putting words in others’ mouths.

Real low blow to get the Catholic Church, or any other denomination, involved in your drama, Joe. I am sure they wouldn’t like you doing that – especially as the CC and TEC have very different doctrines theologically.

I agree. Wahler is deplorable. And he’s really dumb if he thinks he can post stuff like this and not hurt his business. Same for the Hoppers. That profound lack of judgment is itself reason not to do business with these folks. And I am sure that companies like Verizon Wireless and other Fortune 500 companies will think twice before contracting with any of these people or their companies.

If nothing else, Wahler forgets that LGBT persons often have high levels of disposable income and take good care of their homes. There went 6-10 percent of his potential customer base!

Please be very clear – Joseph Wahler of Montvale is not a member of St.Pauls past or present. Joseph Wahler is also not a former or current Peaceful protestor at St. Pauls.

To be clear: We have requested that Wahler and others renounce in writing this ugly rhetoric. No such repudiation has been received, including from any of the protesters. We also note that Wahler’s comments are themselves a protest and that persons associated with the group removed, without legal authority, financial records from the church.

Ann Roberts appears to be a realtor in the area. Sounds like it’s time to boycott her. And to bring in outside auditors to see why folks carried off the church’s business records.

IRS audit, anyone? Sounds like Montvale Landscaping would be a great place to start. Prolly time to call in the state police as well.

I am not a realtor in the area. Why would you assume I am ? And why would you want to boycott someone who stated a fact ? Not very Christian

Oh, don’t worry, I’ll be digging around, pulling together names, addresses, and employers and posting them publicly. Nor have you repudiated the hate coming from morons like Joseph Wahler. So call me what you want — I at least have the integrity to call a spade a spade.

Meanwhile, I have dug up some juicy details on several area businesses and will be forwarding to the IRS.

Until then, steer clear of Montvale. This is one screwed up, hateful town and I would not spend one dime in any business in the area. Not on Joseph Wahler, the Hoppers, or any other hater in the town.

Hate has no place in my life. I do not agree with Mr. Wahler and what he said was awful. For my own Mental health I do not surround myself with negativity and choose to look for the helpers and good people in town. Peace and love to all.

Good. We are finally seeing some integrity. Maybe the Rotary and other “leaders” will have the courage to say no to the childish BS coming from the Hoppers, the Ritchies, and others in Montvale in need of adult supervision.

Sounds like Ohhhdri, Kim Ritchie’s daughter, needs a legal consultation. She’s never even been a member of the church, and she’s going around saying that Pastor Jill needs a mental evaluation? D-E-F-A-M-A-T-I-O-N. I hope she gets sued to within an inch of her life.

Businesses to boycott: Montvale Landscaping. Steve’s Lawns, Pratt Services, Yellow Wagon Landscaping. Anyone else want to join the list? Sounds like businesses in the local Rotary and Chamber of Commerce are a good place to start.

Given how ugly the behavior is in Montvale, any person of Christian faith should think carefully before giving money to Montvale businesses. Not a single member of the local business community has repudiated the hate speech coming out of this group and its business allies. Moreover, the fact that people are attacking a church, its priest and its vestry — and lying about their behavior — suggests that any person with a moral compass and a shred of decency needs to send business elsewhere.

Agree. This is not a safe or happy place to live. MAGA land!

I’m all for boycotting this bunch of haters. Start with Joseph Wahler, move to Montvale Landscaping, and we’ll work our way down the list. Montvale is one ugly place and you couldn’t pay me enough to live among these haters. Friends and I are going to picket both their businesses and anyone who hires them. News media will be invited.