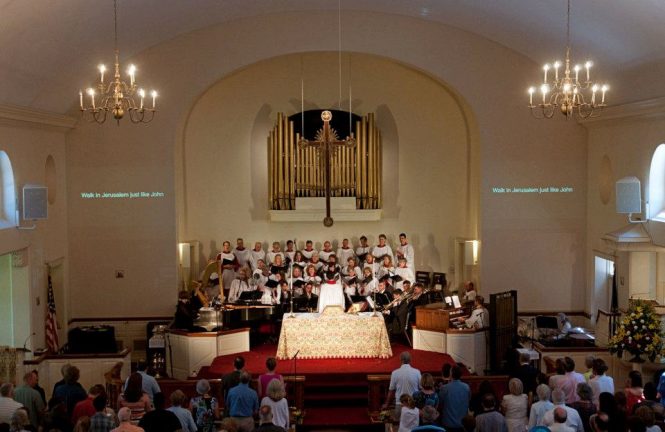 Reports coming out of Truro Anglican, one of the parishes at the center of the property dispute with the Episcopal Church, indicate that the church is again embroiled in scandal following the resignation of Tim Mayfield, the interim rector.

According to various sources, Mayfield was asked to resign by the church’s senior warden following reports he inappropriately touched women in the parish.

Mayfield had been asked to serve as interim rector following the abrupt departure of Tory Baucom, who was found to be “coarse, vulgar, abusive and intimidating.” A friend of former Diocese of Virginia Bishop Shannon Johnston, the two both are seen as narcissists by some observers, including this author.

As part of the transition, the diocese had been undergoing a formal healing process, intended to help form healthier dynamics within the parish.

Well-placed sources tell Anglican Watch that Mayfield denies the allegations, and that three members of the church vestry resigned in protest over the decision to ask for his resignation.

Meanwhile, church officials have ignored requests fr0m Anglican Watch to respond to allegations that the late Rev. Marshall Brown, assistant for pastoral care, paid homeless men receiving services through the church’s Lamb Center for sex. A similar request was sent to Brown’s son, who is still affiliated with the parish.

Truro is one of the largest ACNA churches, with a 2019 Average Sunday Attendance (ASA) of 793 and total membership of 910.

The church did not immediately respond to a request for comment, but this article will be updated if a response is received.