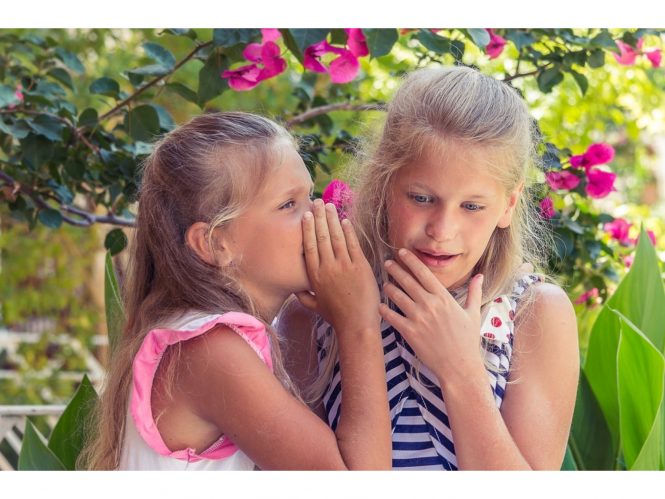 Whoever would foster love covers over an offense, but whoever repeats the matter separates close friends. Proverbs 17:9

Without wood a fire goes out; without a gossip a quarrel dies down.

The tongue has the power of life and death, and those who love it will eat its fruit. Proverbs 18:21

It’s interesting. The Bible makes clear that gossips are destructive and evil.

Most Christians know that. Yet far too often, churchgoers carve out exceptions for themselves. “I’m not a gossip, but….”

And so it is with a letter from Persia and Ken Barile, a family previously active at St. Paul’s Montvale. A copy of their letter to the Episcopal Bishop of Newark is posted below.

Sure enough, the Bariles’ letter, after a page of credentialing via chatter about their past role in Episcopal parishes, reaches a transition point (CAPS SUPPLIED): “WE DON’T DO RUMORS. But after hearing SO MANY STATEMENTS….”

For the record, “statements” is just other word for gossip and rumors in this context.

And the funny thing about gossip is that people who don’t gossip are rarely on the receiving end of it.  Why? Because gossip is met with a quizzical look and the question. “Why are you telling me this?,” or “I wouldn’t know. Thankfully, I am the last person to hear these things.”

Thus, we’d be prepared to bet that, having heard “SO MANY STATEMENTS,” the Bariles’ phone lines are throwing flames on busy days.

That conclusion is supported by the next few phrases in the Bariles’ letter: “…we decided to start looking into these situations that were just sooo unbelievable. After asking around, I have found that I must express to someone , (sic) that if only HALF the allegations are true…. (emphasis added, CAPS SUPPLIED).

At this point in the Bariles’ letter, the klaxons are blaring and the NORAD air defense system is at DEFCON 2 — gossip detected. Multiple incomings on radar. Time to close the blast doors and prepare for a direct hit.

Even better, the letter goes on to acknowledge that it’s based on gossip: “From what we can see, admittedly from a distance….” In other words, they have no firsthand knowledge. Yet the gossip is flying and the Bariles just have to poke their sniffers into things.

And in a master stroke of cluelessness, the Bariles then turn around and reject the bishop’s advice to pray and read scripture, asking “with all due respect, what planet is she on?”

Right about now, the bishop’s advice is sounding pretty good. Something about the log in the Bariles’ own eyes. But introspection appears utterly lacking in these two.

Yet even then, the Bariles are not done, repeating the fabrication that Pastor Jill singlehandedly closed down the nursery school.

That neither happened, nor is possible in Episcopal polity, for the vestry has canonical responsibility for church business matters. But the Bariles don’t need verification. They heard the rumor with their own four ears. Thus, they present it as fact. Defamation, anyone?

Moreover, as discussed in previous posts, the assertion is a stupid one — what priest, vestry or parish doesn’t want a revenue stream independent of pledge and plate?

But independent thinking clearly is not the Bariles’ strong suit — a notion reinforced when the Bariles say “I (sic) promised my kids I would try to do SOMETHING.” So now the adult kids are pulled into the fray. Yet nowhere do we see that the Bariles’ adult kids are unable to pick up the phone for themselves.

Yet in all of this, what is most telling is what we don’t see.

Specifically, we don’t see any mention that the Bariles have had the courtesy or respect to discuss their concerns directly with the vestry or Pastor Jill. Nope—even though they claim their letter is written out of “anger and disgust” the Bariles haven’t taken the simple step of picking up the phone and, in the words of Joan Rivers, asking, “can we talk?”

So, as with many gossips, we get a great big dollop, a king-sized serving, of triangulation.

Nor do they show even a modicum of concern for Pastor Jill’s wellbeing. Rumors and gossip can be incredibly damaging and even lead to depression and suicide.

Yet, oblivious to the potential harm that their childish email may cause, the Bariles attack Jill based on their chain of gossip: “Shame on the diocese for allowing this Vicar (sic) to singlehandedly dismantle a thriving community and it’s (sic) nursery school.” So now they have taken gossip and rumor, repeated it, claimed it is fact, and blamed a third party for the very problem they are creating — a tsunami of gossip.

Right about now, most of us are hoping, maybe even praying, to be excluded from the Bariles’ toxic little planet.

Yet even then the diocese isn’t safe; the Bariles try to recruit it to join their ugly worldview:

So where does this profoundly un-Christian behavior come from?

Not knowing the Bariles personally, it’s difficult to say. But we are reminded of the mean girls phenomena:

This mean girl behavior, known as relational aggression, is a survival tactic for people who are insecure, immature, jealous, egotistical, and yes, narcissistic. It is a learned behavior and an insidious type of bullying used that often goes unnoticed by parents, educators and even society in general. One of the problems is, the people you least expect it from, fall into this category.

And while it appears likely that Persia was the author, despite the signature block indicating that it was sent by husband and wife, this ugly letter is doubly disconcerting because Ken, with his training in alternate dispute resolution, should be well aware of the deleterious effects of gossip and other sneaky forms of social aggression.

In short, the Bariles and others of their ilk should focus their efforts on self-examination and mucking the filth from their own stables before they start demanding that others clean up their barns. Because as things stand, the Bariles appear incapable of healthy, loving, kind, compassionate relationships with others. And frankly, cuddling up with a rattlesnake sounds like a healthier and more productive idea than hanging out with these two.

But hey, to borrow their phrases, “NEVER A JUDGEMENTAL (sic) GLANCE! CHRISTIANS FOR SURE!” (CAPS SUPPLIED)

Wow. What an ugly couple of people! They probably think they are wonderful, caring, loving folks, too.