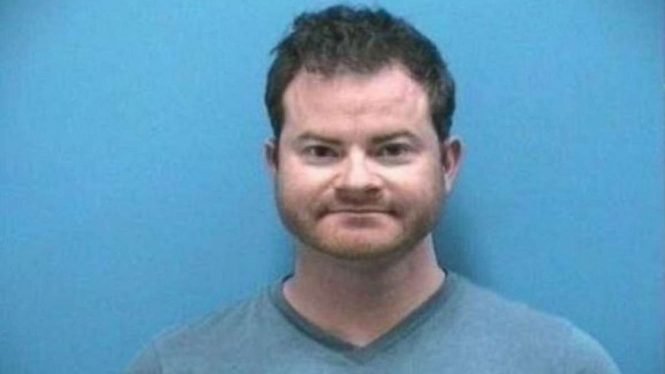 The Rev. William Rian Adams, an Episcopal priest previously arrested and sentenced to probation after allegedly waving a gun at another vehicle in an apparent 2017 road rage incident, is again serving as active clergy. Per his blog, his record was eventually expunged.

A convert to the Episcopal church, Adams was charged in the incident with two counts of assault with a deadly weapon. Previously, Adams served as a chaplain in the US Army, and was medically retired after a battlefield injury. He allegedly suffers PTSD.

In a video of the traffic stop during which Adams was arrested, he appears to refer to the woman in his car as his girlfriend, despite having a wife and child at home.

Adams now serves as rector of St. Andrews by the Bay, located in Panama City FL.

And while Adams’ blog sounds warm, inviting, and articulate, sources tell Anglican Watch that, in previous posts, Adams was difficult, controlling, and arrogant.

In short, everything a priest should not be. Moreover, he slaps the label “clickbait” on media coverage of his story, while conveniently omitting the issues arising from the woman in the Corvette with him.

Our take on it: We believe there is a great need for better treatment of PTSD and its consequences, both for military and law enforcement. But Adams’ decision to have a questionable relationship with a woman outside his marriage is an ethical decision, not a medical one. Nor does PTSD explain the behavior and attitudes we have heard about from colleagues at Adams’ previous callings. And while we recognize that there is a certain machismo in the military, neither does that justify Adams conduct.

Anglican Watch suspects this is another case of a narcissistic clergyperson, adept at charming his way into getting what he wants, and telling people what they want to hear, with little or no real moral compass.

Only time will tell.

In the meantime, our advice to his parishioners: Be alert. All that glitters is not gold, and friendly is not the same as faithful.