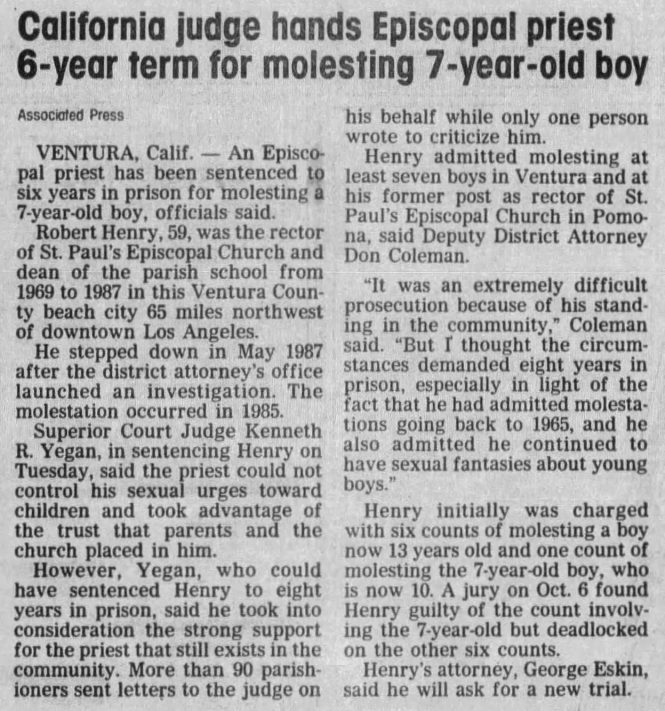 In December 1988 Episcopal priest Robert E. Henry admitted to molesting “at least seven boys” at St. Paul’s Episcopal Church in Pomona, California and St. Paul’s Episcopal Church and Parish School in Ventura, California, both in the Episcopal Diocese of Los Angeles. He was sentenced to six years in prison for assaulting one seven-year-old boy, a downward deviation from the sentencing guidelines because of more than 90 supportive letters written by current and former parishioners. Henry had resigned from the priesthood in May 1987 after the Ventura District Attorney launched an investigation. Henry was a Berkeley Divinity School graduate who served as president of the Standing Committee of the Diocese of Los Angeles between 1975 and 1987.

I wonder what the recidivism rates are like for these guys. Seven child victims from his two parishes seems like a habit rather than a mistake.