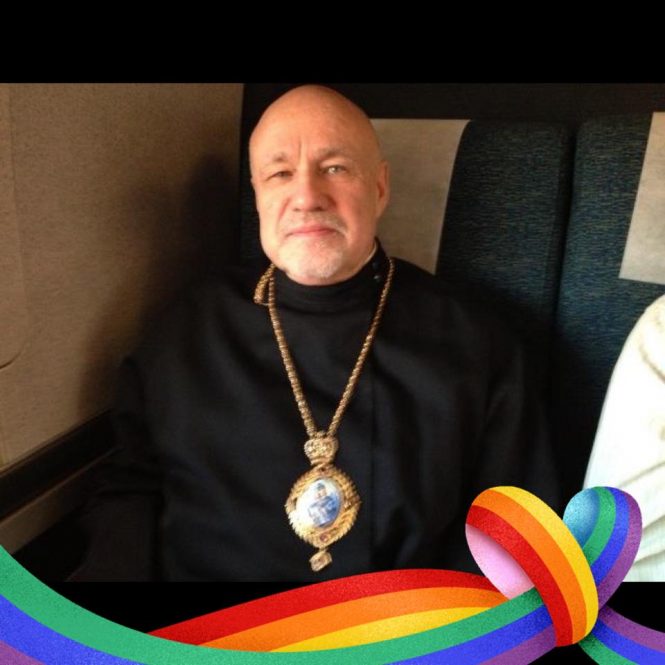 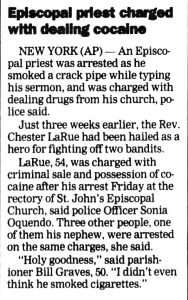 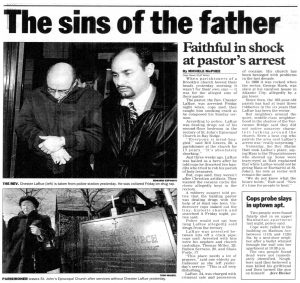 Episcopal priest Canon Chester Arthur Larue, Jr. was arrested in 1997 and charged with felony possession of crack cocaine with intention to distribute from his rectory at St. John’s Episcopal Church, Brooklyn, in the Episcopal Diocese of Long Island. Larue had been praised by NYC newspapers the previous month for fighting off two burglars at the church. The police investigation revealed that LaRue “was just trying to protect his stash.” Three other individuals including the parish sexton and his cousin were arrested in the raid on the rectory, which found a large-scale production and distribution facility for cocaine. Larue claimed that he had begun using cocaine as a way of coping with the stress of parish ministry, and because a parishioner struggling with addiction brought cocaine to him and he wished to demonstrate that it was easy to use and quit. He was sentenced in 1998 to 500 hours of community service. Larue is a 1968 graduate of Nashotah House ordained to the priesthood in 1969. He served parishes in California and Illinois before becoming canon to the ordinary and ecumenical officer of the Episcopal Diocese of Chicago from 1976 to 1987. He was also associate priest of the conservative Anglo-Catholic Church of Ascension and St. Agnes in Washington DC in 1987 and 1988 before becoming rector of St. John’s where he was part of the Catholic Clerical Union. In 2003 Larue changed his name to Alexis and became a bishop of a small Russian Orthodox church. St. John’s, Brooklyn closed in 2013.