Following graduation from Yale Divinity School in 1977, Episcopal priest Bob Malm was ordained in the Diocese of North Carolina in 1978. He served as an associate at St. Mary’s Episcopal, Highpoint NC from 1977-1979. Subsequently, he briefly taught at the Blue Ridge School, in Dyke VA, before serving as assistant to the rector at the Anglo-Catholic Church of the Advent in Boston. From 1983 to 1989, he served as rector of Christ Church in Portsmouth NH. Subsequently, Malm served as rector of Anglo-Catholic Grace Episcopal Church in Alexandria VA, where he served umtil his retirement in 2019. During his tenure there, Malm repeatedly filed false police reports and civil complaints against church member (and later editor of Anglican Watch) Eric Bonetti, whom he claimed had “threatened” and “stalked him.” In the course of the ensuing litigation, Malm repeatedly committed perjury, including falsely claiming that Bonetti’s late mother, Sigrid Yahner, had contacted him multiple times to set up appointments, only t0 no-show. Subsequently, Malm lied under oath to a Massachusetts  judge, denying that he had previously committed perjury, and claiming that “he didn’t even know [Sigrid Yahner’s] name,” despite referencing her by name in his original perjury. Declining to follow a recommendation from a Title IV intake officer that the diocese mediate the dispute, Bishop Shannon Johnston and Bishop Suffragan Susan Goff declined to take action, even when Malm attempted, in violation of state law, to subpoena Bonetti’s then terminally ill mother in violation of state law. Diocesan officials stated they “didn’t want to get involved” and refused to provide the pastoral response required under church canons. Meanwhile, Malm’s attorney, parishioner Jeffery Chiow, then a partner with Rogers, Joseph, O’Donnell, repeatedly engaged in spoliation of evidence and proffered various fabrications to the court. It was later discovered that Chiow filed a false police report against Bonetti, claiming that he was being “stalked.” Subsequently, Chiow moved to the law firm of Greenburg Traurig, LLP, where he is a shareholder. 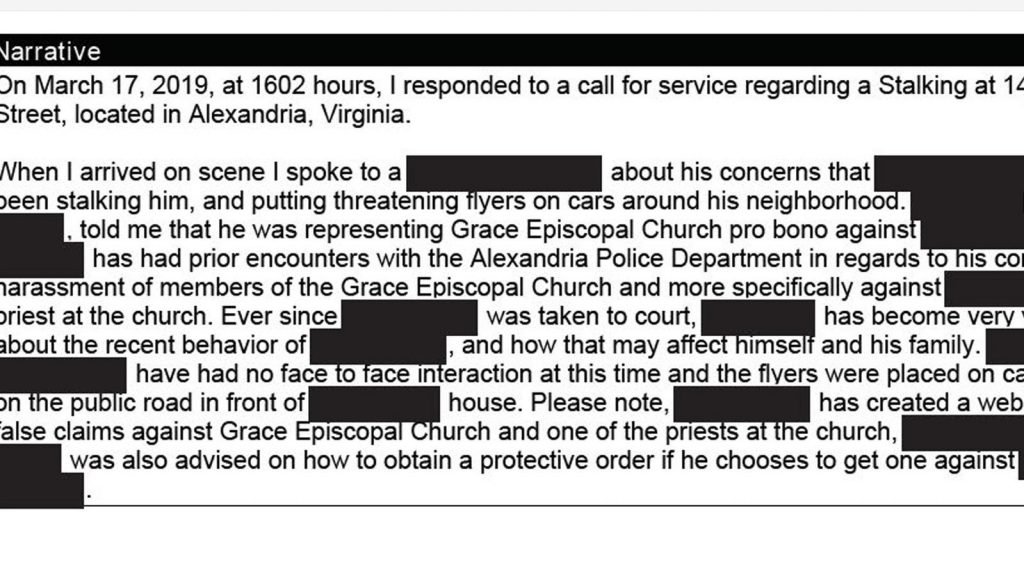 Following his retirement, Malm served as interim rector of St. Gabriel’s, Marion Massachusetts, where he continued to file false police reports and frivolous civil cases against Bonetti based on perjurious statements. The Diocese of Massachusetts and bishop Alan Gates refused to consider church disciplinary complaints about Malm’s perjury while serving in the diocese.