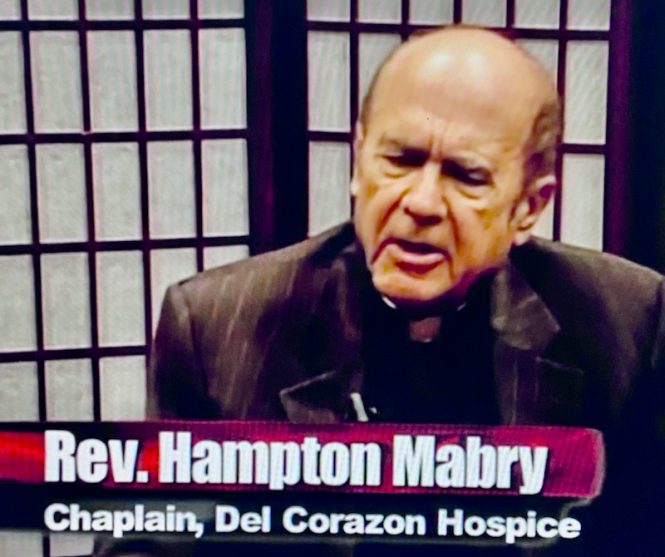 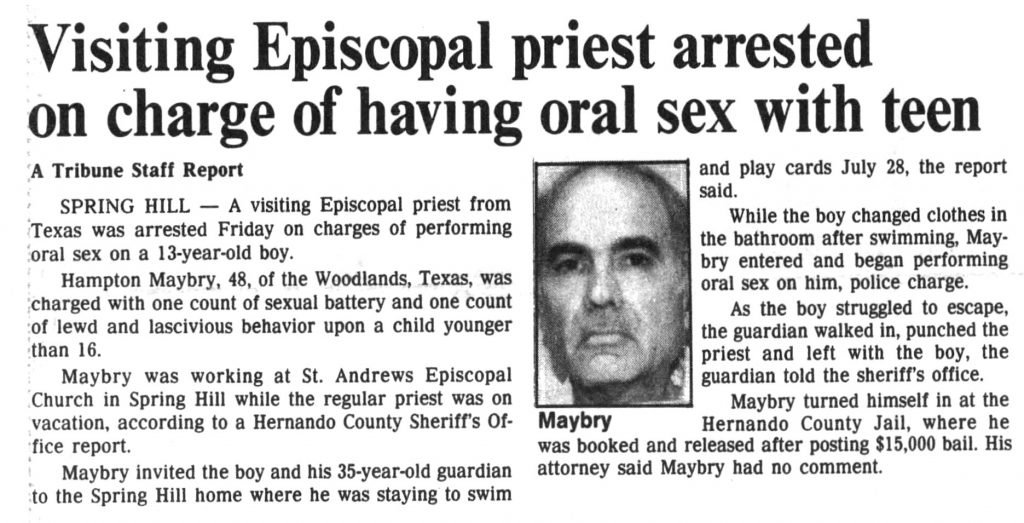 In 1993, Episcopal priest Hampton Mabry Jr. was arrested for forcible oral sex committed against a 13 year old boy in Florida. He pleaded no contest and was sentenced to one year of probation. The married Sewanee School of Theology graduate was ordained in 1973 and served several parishes and institutions in the Episcopal Diocese of Texas. Mabry was a trustee of Camp Allen and chairman of the Texas diocesan Department of Evangelism and Renewal at the time of his arrest. In 1996, the 13 year old child’s father sued Mabry, the Diocese of Texas, and the Episcopal Diocese of Southwest Florida for monetary damages. Mabry was serving at St. Andrew’s Episcopal Church in Spring Hill, Florida at the time of the assault. Mabry was removed from the priesthood of The Episcopal Church in 1993. As of 2021, he was a priest of the breakaway Continuing Anglican Diocese of the Holy Cross, serving at St. Peter’s Anglican Church in Houston, Texas.