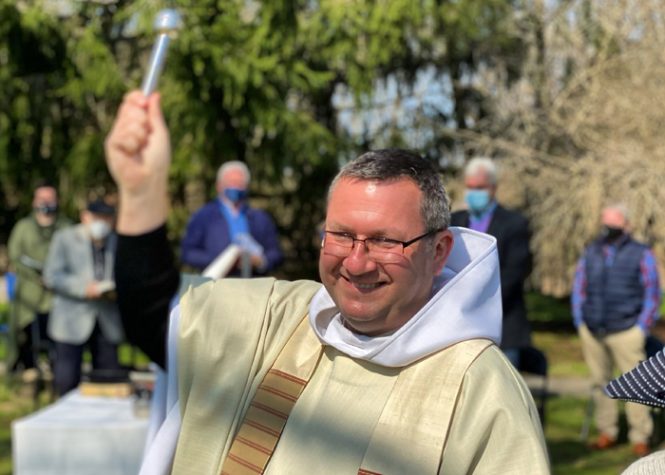 In 2008 Episcopal priest Michael Ruk stepped down as rector of St. Paul’s Episcopal Church in Levittown, Pennsylvania and All Saints Episcopal Church, Fallsington, both in the Episcopal Diocese of Pennsylvania(Philadelphia) after revelations that he had posted Craigslist personals ads offering “sacred and sensual body work” for men for $100.00 with “something extra afterwards.” A New Jersey man provided extensive instant messages and emails exchanged with Ruk arranging for the payment and massage. Nashotah graduate Ruk was ordained in the conservative Episcopal Diocese of Pittsburgh in 2003 by Anglican Church in North America founding Archbishop Robert W. Duncan. Ruk offered several explanations for the incident, in which the 34-year old said he was 28. Confronted by NBC10 reporters, he claimed he had been framed, that he did not know about the sensual massage ads linked to his Craigslist profile, that a friend had been using his email address and phone number, and he refused to identify the alleged friend. Ruk changed his cell phone number and left the rectory. “I don’t know that he is running and hiding. I think he is trying to take care of himself,” Bucks County Dean Daniell Hamby said. Since 2012 former high school teacher Ruk has been rector of St. Philip’s Episcopal Church, New Hope, Pennsylvania, head of the Bucks County Deanery of the Diocese of PA with 17 churches, and a member of the Standing Committee of the Diocese.