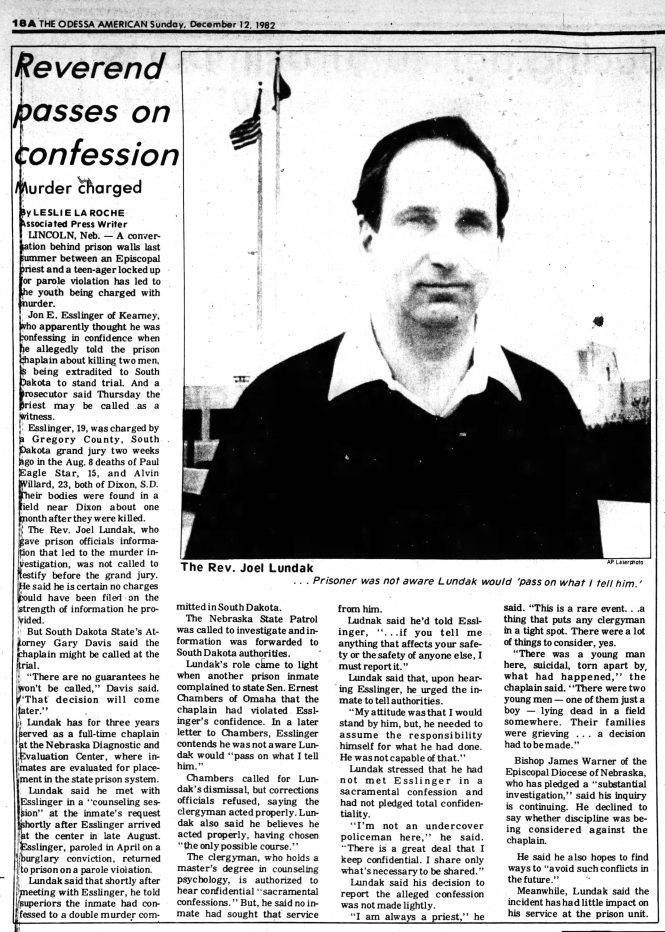 Episcopal priest Joel D. Lundak attended General Theological Seminary and was ordained to the priesthood in 1966. In 1982 Lundak reported an inmate’s confession at the Nebraska Diagnostic and Evaluation Center, where inmates are evaluated for placement in the state prison system. Lundak’s report of the confession resulted in murder charges for Jon E. Essinger, who was convicted on two counts of murder in the first degree and one count of receiving stolen property. He received two life sentences and one five-year sentence, to run concurrently.
Lundak subsequently denied he breached confidentiality.
https://www.nytimes.com/1982/12/12/us/talk-with-chaplain-leads-to-murder-charges.html
https://www.upi.com/Archives/1982/09/24/An-Episcopal-prison-chaplain-says-he-violated-no-confidence/3737401688000/