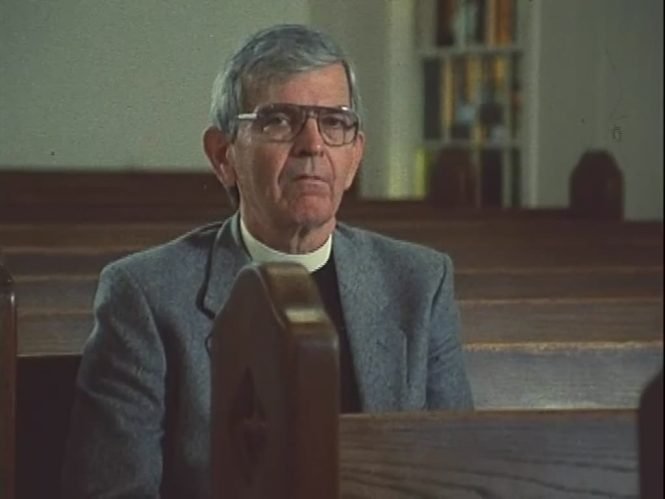 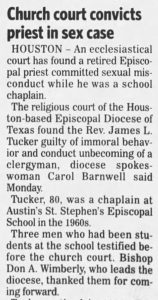 In 2007, the Diocese of Texas released a timeline showing that over the course of four decades, St. Stephen’s Episcopal School and diocesan officials were told repeatedly that Episcopal priest James L. Tucker had molested minors in the past, but no action was taken against him. The timeline identified at least nine victims. One group of victims sued the school and diocese for $45 million in 2008.
https://www.chron.com/news/houston-texas/article/Sex-abuse-claims-made-against-retired-Episcopal-1824888.php
https://www.dallasnews.com/news/faith/2008/02/11/texas-episcopal-court-finds-against-priest-chaplain-accused-of-molestation/