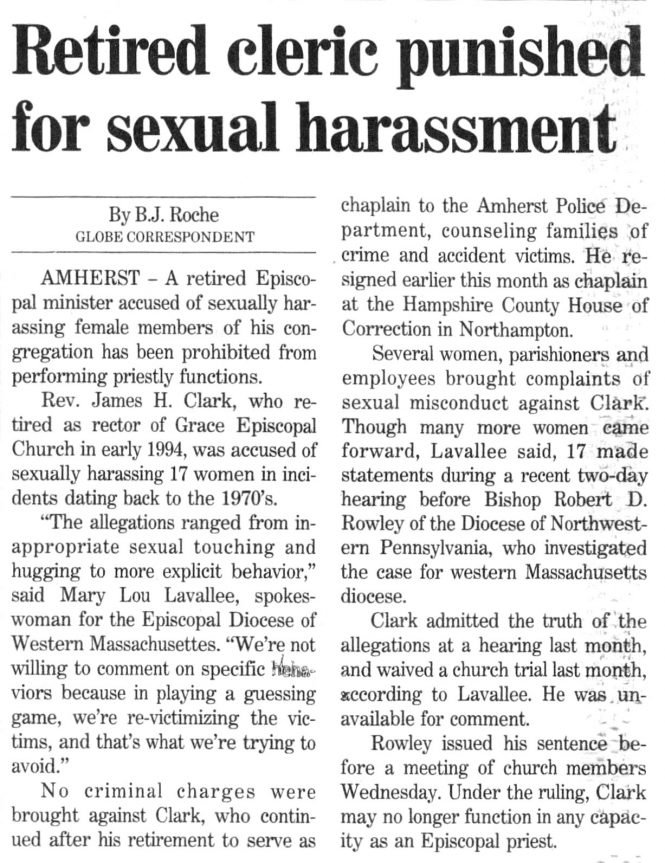 Episcopal priest James Holcomb Clark was removed from the priesthood in 1995 by the Episcopal Diocese of Western Massachusetts. “Though many more women came forward” to make complaints about sexual harassment during Clark’s 33 years as rector of Grace Episcopal Church in Amherst, Massachusetts, ” only 17 made formal statements” during a diocesan disciplinary hearing with Bishop Robert D. Rowley of the Episcopal Diocese of Northwestern Pennsylvania. Clark admitted the truth of the allegations in June 1995. He was a graduate of Episcopal Theological School who also served parishes in Washington DC, Maryland, Virginia, and New Mexico. No criminal charges were brought. Holcomb died in 2015.